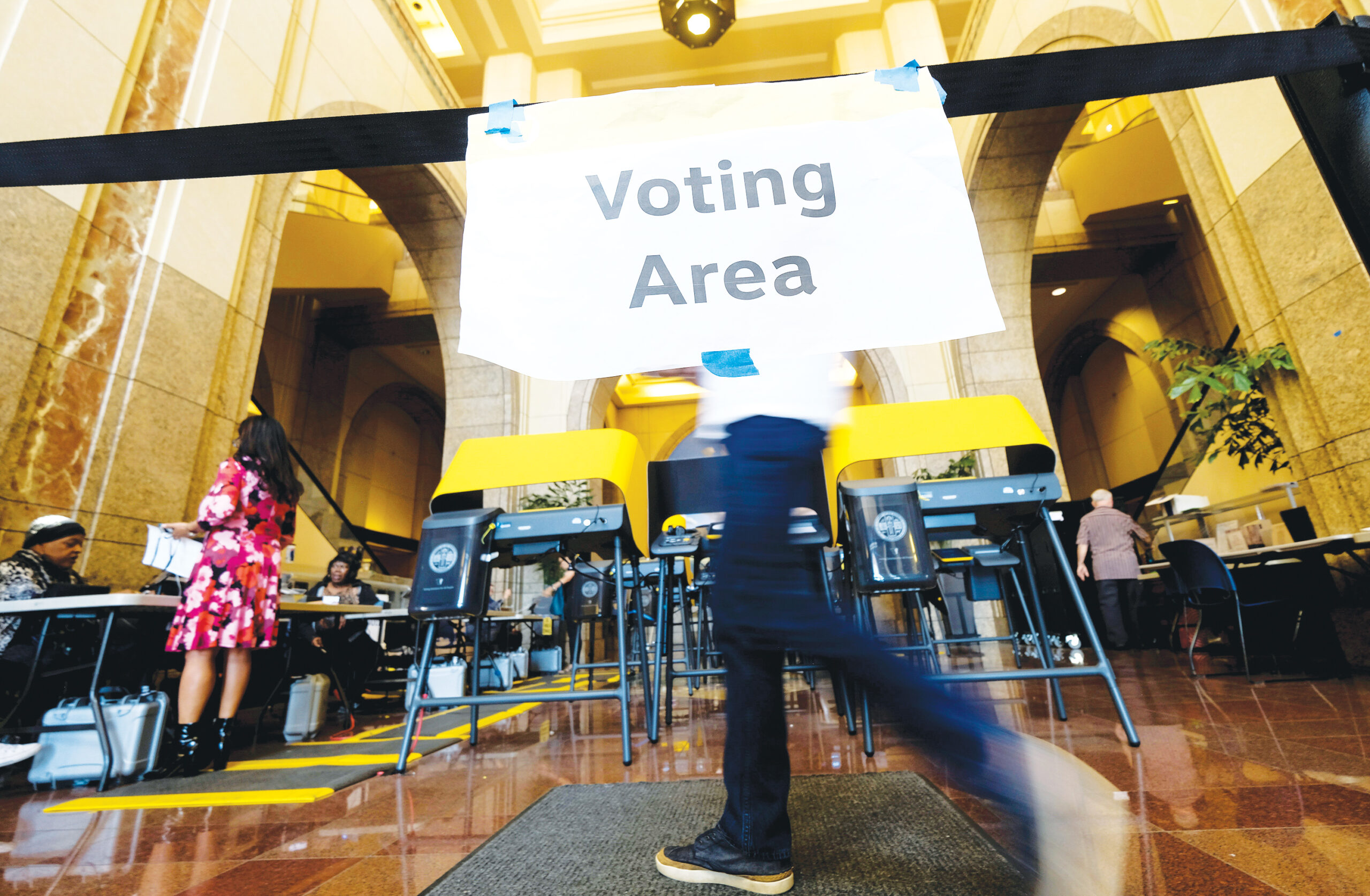 Voters cast their ballots in the California Primary on Super Tuesday at a voting center at Union Station in Los Angeles. The Nov. 3 election will test California's commitment to voting by mail as the nation's most populous state will offer fewer in-person polling places hoping it will convince more people to cast ballots from the safety of their mailboxes during a pandemic. (AP Photo/Ringo H.W. Chiu, File)

In the upcoming Nov. 3 general election, Oklahoma voters will not only be voting for the next president of the United States, but also on two state questions that will impact the state.

The first question relates to Oklahoma having one of the highest incarceration rates in the country. State Question 805, Initiative Petition No. 421 is about those currently sentenced to prison can have their sentences extended, enhanced sentences, if they have prior felony convictions.

By voting yes on 805, it amends the Oklahoma constitution in such a way that prevents one’s prior non-violent felony convictions from being used in enhancing their sentence and it will not allow their sentence to be prolonged or made harsher.

It also allows reductions of sentences for those who are currently serving or are set to serve enhanced sentences. It does not apply to those convicted of violent felonies

By voting no, Oklahomans United Against 805, it would maintain the constitution as it is: people convicted of non-violent felonies can have their prior felony convictions used to enhance their sentence. Governor Kevin Stitt supports voting against the initiative.

By voting yes, it flips the percentages around . The 75% for the TSF, state legislature, 25% for the TSET.

State Question 814 directs the legislature to appropriate remaining money in the special fund to secure federal matching funds for the Medicaid program.

It will pass Senate bill 1529, which changes proportions of the TSF so that the Attorney General will receive the same amount as under the current law after the switch. By voting no, it maintains current percentages.