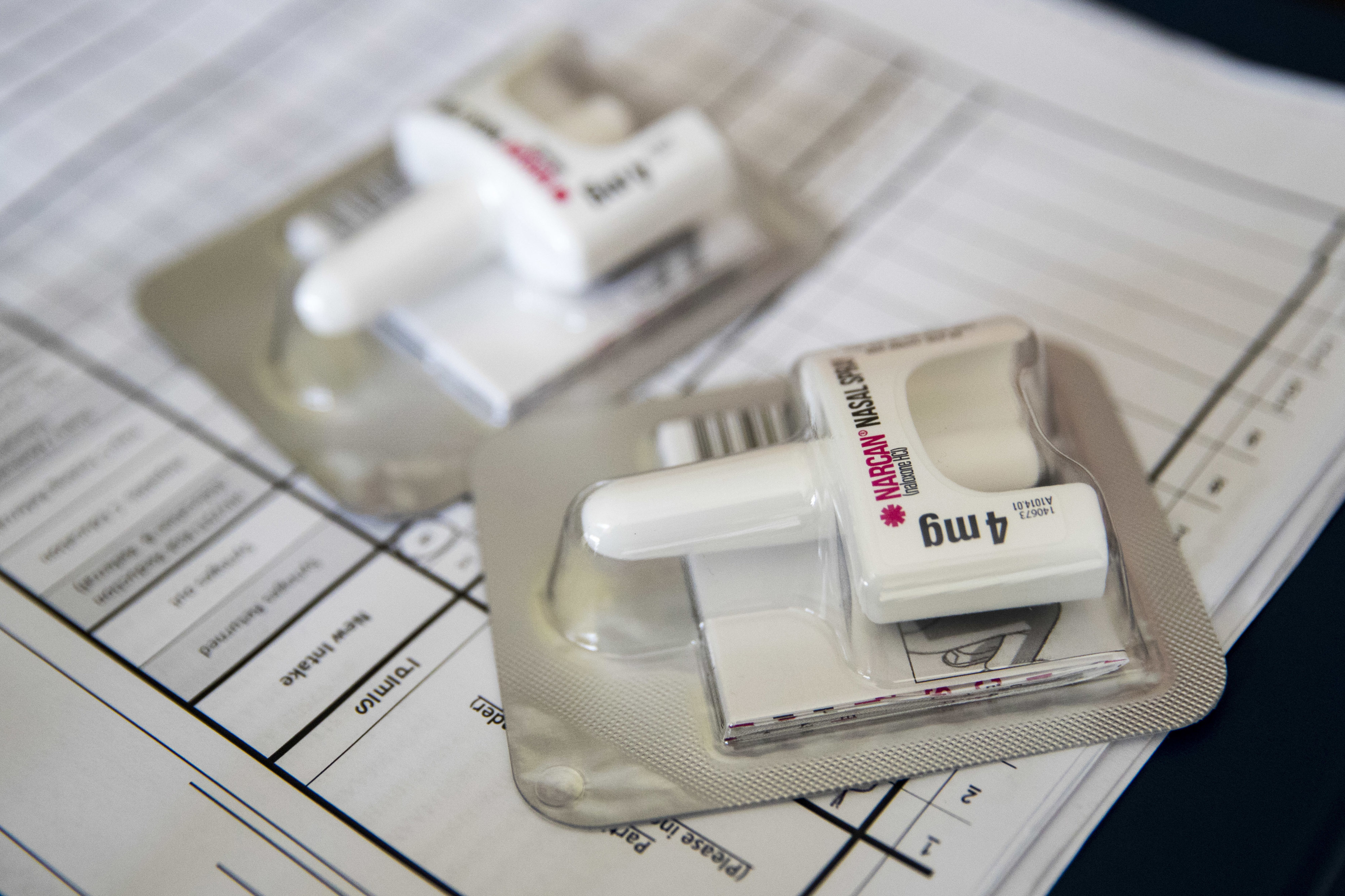 A device which delivers naloxone, an anti-overdose medication, lies on a counter as a health educator gives instructions on how to administer it in Brooklyn, New York. The City of Edmond is currently suing opioid manufactures for providing misleading information in opioid sales.(AP Photo/Mary Altaffer)

On Jan. 10 the City of Edmond filed a lawsuit against opioid manufacturers and distributors for their involvement in a “civil conspiracy” in the Oklahoma County District Court. The lawsuit was in response to opioid manufacturers and distributors delivering misleading information in painkiller marketing, allowing them to pocket thousands of dollars.

The 38 defendants in the lawsuit include 22 opioid manufacturers, 11 opioid distributors and five doctors; the single plaintiff is the City of Edmond.

“The opioid epidemic ravaging communities across the United States, but particularly in Oklahoma, including the City of Edmond, is a result of corporate greed,” the lawsuit stated.

In the lawsuit, the City of Edmond accuses opioid manufactures of making large amounts of money from their marketing. It was stated that the marketing was deceptive, misrepresented the risks of addiction and embellished unverified benefits of opioids.

The five doctors in the lawsuit are either accused of giving excessive opioid prescriptions, prescribing lethal dosages without properly keeping adequate records or promoting the use of opioids for long-term chronic pain while also downplaying the risk of addiction to opioids.

There has been a steady increase over the years in the number of opioids being prescribed to patients, according to the Center for Disease Control and Prevention.

“In 2017, the number of overdose deaths involving opioids (including prescription opioids like heroin and illicitly manufactured fentanyl) was six times higher than in 1999,” stated a CDC study.

More than 130 Americans die every day after overdosing on opioids. Learn more about the opioid crisis here: https://t.co/PrWwgQ7IdU #NDAFW pic.twitter.com/OvqYLzFAfX

The increase of opioids distributed in Edmond requires more attention from law enforcement and medical services to battle the epidemic.

“Edmond spends substantial amounts annually to provide and pay for a wide range of services to its residents, including law enforcement and emergency medical services. In recent years, more of those resources have gone to battling the opioid epidemic as a direct result of the actions of Defendants,” the lawsuit stated.

Along with the lawsuit, the City of Edmond would like for the defendants to pay for damages caused to the city and to compensate for any future bother caused by the opioid epidemic.

Recently, one of the doctors involved in the lawsuit denied all of the allegations of which he has been accused of by the City of Edmond.

As of now, there is no court date set for the second hearing of this lawsuit.