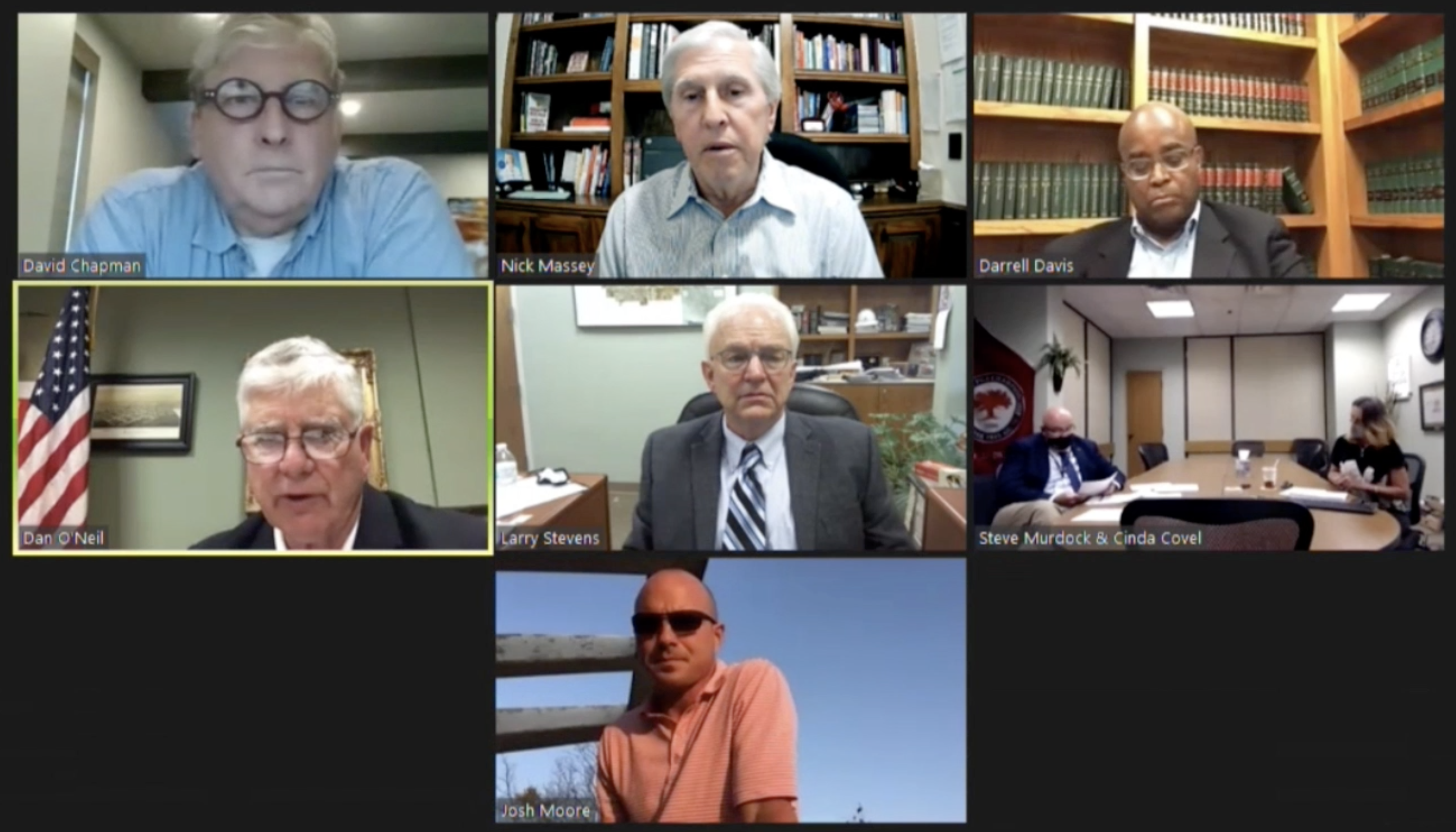 Ordinance #3799 was originally set to expire Oct. 12. However, council members Josh Moore, Darell Davis and David Chapman voted in favor of extending the mandate. Mayor Dan O’Neil and Councilman Nick Massey voted against the amendment. The motion is to go into effect immediately, as is the revised declaration.

The meeting included periods of discussion among council members and time for public comment. The public and council’s discussions were brief. The vote was then held to decide whether to amend the existing Declaration of Emergency.

Knighten spoke about the upcoming flu season as a, “very real threat” to local hospitals. The impact to staff could put a strain on capacity and resources as the winter months approach.

In previous meetings, council members were critical of the council’s process, noting that county health officials had not been invited to participate.

Oklahoma set a record for coronavirus-related hospitalizations Tuesday. Approximately 738 Oklahomans were hospitalized with either confirmed or suspected cases of COVID-19, as of Tuesday’s nightly Executive Order report.

Davis appealed to the community to stop the anti-mask rhetoric or mask bullying and he was in favor of the extension until the positivity rate sits at 5%.

Massey said he worried about the personal disconnect of Zoom meetings. He reported receiving citizen complaints about feeling disenfranchised and there was a strong need to return into council chambers.

Massey opposed, saying the mandate was “government overreach.” He also expressed concern of being sued over the mandate. “We passed the emergency part. We’re at the – what do we do to get back to day-to-day life.”

Chapman also worried about government overreach. He said he was disappointed to be in a position to have to issue a mandate, which he referred to as an infringement of citizen rights. However, he did vote for the mask extension.

O’Neil spoke about the public need for Edmond specific numbers. He elaborated with new COVID-19 cases and Edmond’s pattern and analysis.

Before school resumed, with the mask mandate in place, the average cases had dropped from 15.9 per day to 10.7.

The University of Central Oklahoma reopened on Aug. 11 after closing due to the coronavirus pandemic. Two weeks later, cases increased from 10.7 to 16.2 per day.

Edmond Public Schools also reopened Aug. 24 and along with UCO, there was another surge in cases according to O’Neil. Since Sept. 22, the average new cases in Edmond have increased from 16.2 to 20.3 per day.

O’Neil expressed a need to get schools back to normal “getting back to full-time classrooms, that to me is the most important.”

The Oklahoma City Council approved a mandatory mask extension until Oct. 20. The emergency public safety ordinance was set to expire Sept. 8, but Sept. 1 action moved the expiration date to Oct. 20.

Oklahoma remains among the worst states in the United States for positive coronavirus tests per 100,000 people and the number of new reported cases, according to a report released this week by the White House Coronavirus Task Force, according to the Associated Press.

Governor Kevin Stitt spoke at a news conference Sept. 17 in Oklahoma City. Stitt said again that he will not issue a statewide mask mandate, despite a recommendation from the White House Coronavirus Task Force, AP reports.

The Oklahoma State Department of Health reported 1,006 new COVID-19 cases and nine more deaths in Oklahoma. The state now has a total of 94,352 confirmed cases and 1,075 deaths.

The Centers for Disease Control has advice for wearing masks effectively. The CDC says cloth face coverings are an additional step to help slow the spread of COVID-19 when combined with every day preventive actions and social distancing in public settings.

The Associated Press contributed to this report.