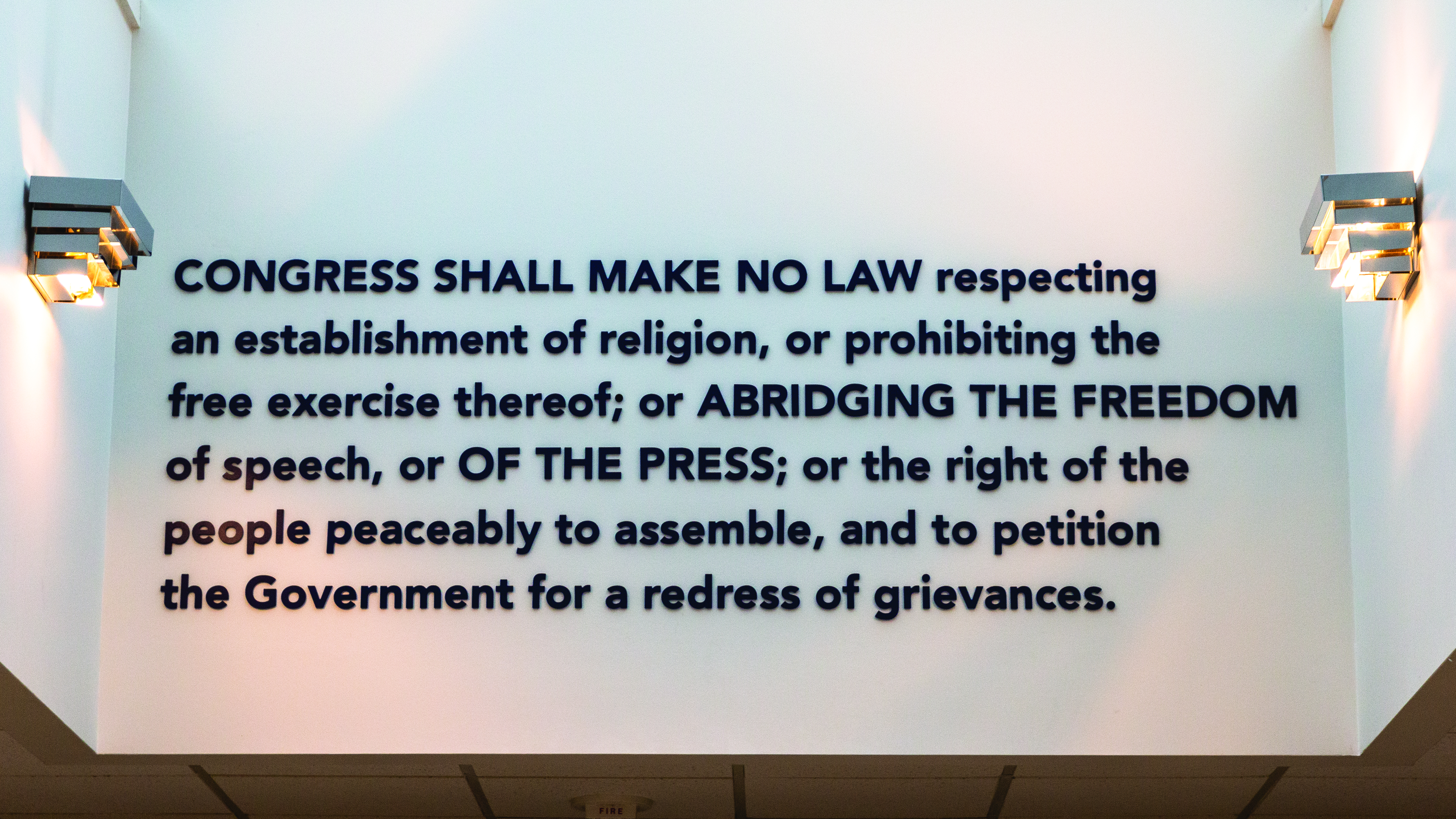 Last week saw the University of Central Oklahoma celebrating its first ever First Amendment Day conference. Dedicated to educating the campus on the freedoms promised within the First Amendment, this spirit of commitment to those freedoms culminated in the unveiling of a new display featuring the amendment in its entirety.

Freedom of religion, freedom of speech, freedom of press, freedom to peaceably assemble, freedom to petition the government for a redress of grievances. Of all of these, freedom of speech is one that has recently become a focal point on college campuses across America. And here, at UCO, this freedom has been thrust into the spotlight as the university considers a dangerous change to its Campus Expression Policy that would threaten free expression and the right of students to bring to campus speakers whose voices are considered controversial.

A university taskforce has suggested the university form an oversight committee to consider whether or not to approve controversial speakers on campus. While the basis of this approval is limited to what they describe as more extreme cases, where a speaker’s content might be enough to generate enough of a disturbance on campus to pose a safety threat, the possibility of preventing a speaker from attending campus for any reason poses a threat to free speech and everything that a university stands for.

A public university such as UCO is not only a public forum for all manner of ideas and discussions, it is also a place where such a marketplace of ideas contributes to the broadening of perspectives. This is vital to the forming of our civic identities and even more vital to preserving the foundation of American democracy. While concerns over safety or the expression of content that some may find offensive are important to consider when forming a policy, those concerns should never threaten the right of the university to serve as a public forum.

Last year, the university saw this first hand when creationist Ken Ham had a speaking engagement canceled at UCO, in part due to concerns over the content of his presentation and his history of making statements offensive to certain communities. While some saw Ham’s controversial stances as reasons he should not be allowed on campus, such a situation creates opportunities to educate. To discuss these differences and, if there truly are instances of ignorance or intolerance, to educate others on those topics. To stifle voices for those reasons merely pushes them underground and does not deal with any concerns that truly merit consideration.

Allowing this to prevent free speech and expression to exist on campus would set an incredibly dangerous precedent. If we let one voice drown out another on the basis of how offensive the content might be, that breeds censorship and risks the abridgment of yet more freedoms. No matter the cause, a rubric on what speech should be allowed or not allowed on a college campus on the basis of offensive content should not be permitted. The United States has in existence already a rubric to which we can refer. Free speech is free speech only when it is allowed to be expressed without a fear of being silenced.