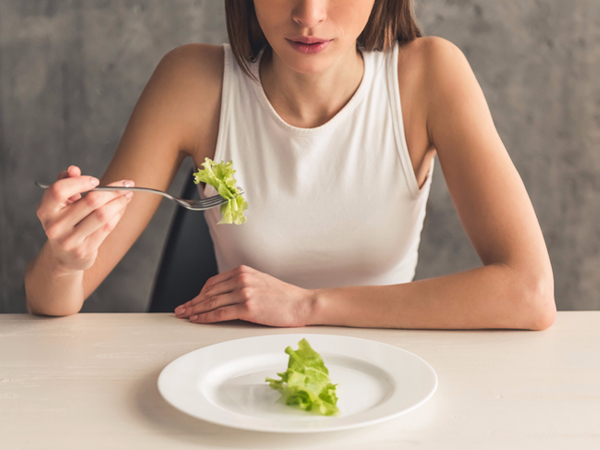 Editorial: Eating disorders don’t care what you look like

February is Eating Disorder Awareness Month. I never thought I would be here writing about my experience regarding an eating disorder, considering you wouldn’t look at me and think I have one, but in actuality, less than 6% of people with eating disorders are medically diagnosed as “underweight.”

I want to make it clear that I have never been diagnosed as having an eating disorder by a doctor. I never felt like I reached a point where I needed medical assistance, but I also know myself enough to know that my relationship with food became a deeper issue, and to this day is still a struggle.

Growing up, I was always the biggest girl in the group. I did athletics all through middle and high school, but you can’t compensate for a bad diet, especially overeating. The bullies in school, both boys and girls, were cruel and that did not help. Your worth was decided by what you looked like, and they made sure you knew that.

I hope to God you don’t understand what that feels like. If you do, I’m so sorry.

When I first moved to Edmond in 2018 to go to college, I had better control of my diet and time to get more exercise in. I started losing weight, but part of me kept saying it wasn’t happening fast enough. The stress of college wasn’t helping either.

In 2019, I began starving myself. I was desperate to lose weight and I knew the “guaranteed” method of reaching that was to eat as little as possible. I did that for 9 months. Six days during the week, I never let myself eat over around 700 calories. I lived off of protein shakes, cucumbers, bell peppers with cream cheese, and Skinny Pop popcorn. I was doing 45 minute cardio workouts twice a day in my apartment. I convinced myself that being nauseous every morning was normal. I found myself taking naps during the day, which I never did before. I allowed myself to binge out on Saturdays, but it was my only meal for the entire day.

Because of this, I did become thinner. People back home began complimenting me: “You’ve lost weight!” “You look so good!” “Whatever you’re doing, it’s working! Keep it up!”

Stupidly, I believed that was motivation to keep going and see how much more weight I could lose. I became obsessed with the number on the scale going down every morning.

I was always joking about it with family and friends, so that they never became suspicious it was a problem. At the time, I was even hesitant to call it a “real” problem because it was working for me. Looking back, I’m ashamed that was my attitude.

Then the pandemic hit and I ended up moving back in with my family for 6 months. Being trapped inside and having nothing else to do, I began eating “normal” again. All of the weight came back immediately. I was devastated.

On top of other situations happening, it was one of the most painful times of my life.

Today, I still struggle with eating, not as much as I once used to, but fighting the urge to let the calorie number next to items on food menus decide what I am going to eat is my biggest mental block. I recently went to Fuzzy’s Taco Shop, and I was craving the shredded chicken nachos. The number of calories in them psyched me out, and I ended up getting a salad instead.

I’m still learning that everything just comes down to balance, which can be hard between school, work, getting enough sleep, and other obligations that life requires. I’ve gotten better at finding balance, but the struggle of knowing that it is okay to eat when you are hungry is something that I have learned never truly goes away, but can be manageable.

There are so many misconceptions about eating disorders that we do not talk about because of the stigma and shame. A lot of people may not realize they even have an eating disorder. Diet culture, peer pressure, social media, and toxic propogandas that claim to be “psychological” over the true bullshit it actually is are contributing to the problem.

Eating disorders, both spoken and unspoken, can target everyone regardless of age, sex, nationality, weight, etc. People say “just stop doing that,” when little do they know, it is not that simple.

We should not be shamed for our choices surrounding food when, for those who struggle, those choices will be the biggest and hardest decisions they will make all day. Compassion for those who are struggling is necessary for success in recovery.

You are allowed to eat what you want, when you want, at any time.

If you or someone you know is struggling with an eating disorder, there is help and resources available. You can call the National Alliance for Eating Disorders at (866) 662-1235 or visit allianceforeatingdisorders.com.