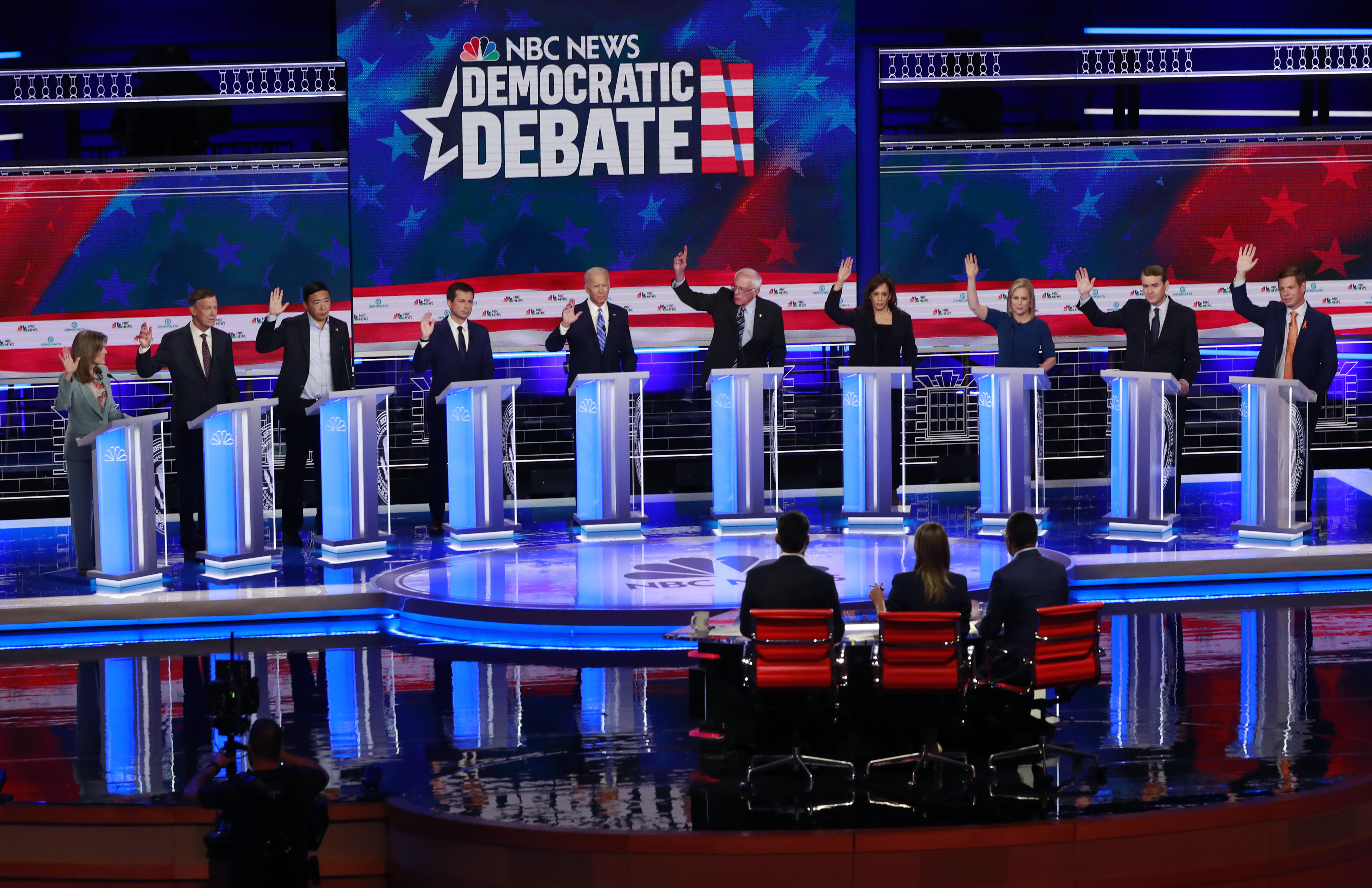 The 2020 U.S. presidential election cycle is fully underway as the 24 Democratic candidates met last week in the perennial swing state of Florida to debate policy, giving us our first glimpse at the field of hopefuls behind the podium.

A May survey by Gallup reveals that 53 percent of Americans have a favorable opinion of Joe Biden, which would explain why he was the perceived front-runner for Democrats heading into the debates.

After the debates however, one has to wonder if there was enough substance in between his espousal of vague platitudes and irrelevant anecdotes.

At one point, he emotionally recalled a time where he was grateful for his private insurance policy. One could reasonably assume having an income and net worth that far exceeds the average family affords “Middle-Class Joe” and his family an extensive healthcare plan.

This is fine if he is all-in on sustaining his reputation as a centrist who is willing to work with Republicans as an attempt to win over those defecting from Trump. However, this will fail to attract Democratic voters who are past tired of the exploitative healthcare system currently in place.

It would behoove Biden and the other candidates to garner the attention of Generation Z, millennials and Generation X, as they collectively outvoted baby boomers and older generations in 2016.

Sen. Kamala Harris wasted no time going at Biden, taking aim at his stance on racial issues, particularly his past opposition to a busing system that would integrate schools.

Harris seems eager to attack the ethos of the other candidates, but she should focus more on policy, more specifically her stance on defense and foreign policy, especially this early in the cycle. On the bright side, a seasoned viewer of these debates can see that she debates with a conviction that could prove useful against someone like Trump.

California Rep. Eric Swalwell’s largely underwhelming presence was highlighted by his jab at Biden for being too old to relate.

“I was six years old when a presidential candidate came to the California Democratic Convention and said it’s time to pass the torch to a new generation of Americans,” said 38-year-old Swalwell. “That candidate was then-Sen. Joe Biden.”

Ohio Rep. Tim Ryan focused too much on appealing to the sensibilities of the rural working class. Between that and alienating himself from the majority of Democrats when he said the U.S. needs to remain engaged in Afghanistan, it was a rough time for Ryan, who apparently showed up to the wrong party.

Sen. Elizabeth Warren has cultivated a reputation as the policy candidate and she showed no signs of shedding that image on the first night of the debates. She seemed to be the most prepared to talk policy without seeming scripted.

Since the debate, Warren has been the recipient of criticism for sounding like a professor. Is there such a thing as ‘too cerebral’?

Sen. Bernie Sanders is adept at relating things to systemic issues. It’s difficult to talk about specifics in 60 seconds when your concern is the whole system. Sanders seemed comfortable letting his proposed policies dominate much of the discussion, despite not being involved in a majority of it, which some will discredit.

Lawyer and Sen. Kirsten Gillibrand spent the debate attaching herself to Sanders. She could be eyeing a vice president position under a more progressive candidate, probably Sanders. Given her history in upstate New York, she would be a valuable asset in attracting moderate Trump defectors.

Former Texas Rep. Beto O’Rourke might not make the September debates at this rate. He didn’t do anything to help his sliding poll numbers and may have made it worse by giving part of his first answer in Spanish – a move that is being criticized as ‘Hispandering’.

Overall, it was a disappointing night for O’Rourke and his supporters, coming off as evasive and half-cocked for a majority of the evening.

If South Bend, Indiana Mayor Pete Buttigeig manages to hang on until September, we’ll start to see real criticism of him. As of now, he’s appearing progressive almost superficially and no one can discern what’s underneath. The next debate in late July will be a pivotal night for his campaign.

With his elite pedigree as a graduate of Harvard and Oxford, he knows how to seem intriguing and well-spoken when he avoids water is wet statements like “our country is healthier when everybody is healthier.”

Attorney Andrew Yang appeared to be lacking in assertiveness among his competitors. He was a bit shaky on the few questions he was directly asked, which were softballs.

There should be no hesitation about explaining in an easy-to-digest way how his Universal Basic Income (UBI) program would be funded, but there was. People deserve to know how it’s possible that every American over 18 receive $1,000 every month.

Author and self-help guru Marianne Williamson didn’t get a chance to talk until almost 30 minutes in. When she did, she seemed outclassed, mocking the idea of other candidates having plans in what seemed like an actual Saturday Night Live skit.

Unfortunately for Williamson, the country and perhaps the world, the Trump problem simply won’t be fixed by love, light and salt crystals alone.

Whoever emerges as the nominee will have to debate with Trump, who will not be polite, cordial or coherent. That’s certainly important to keep in mind.