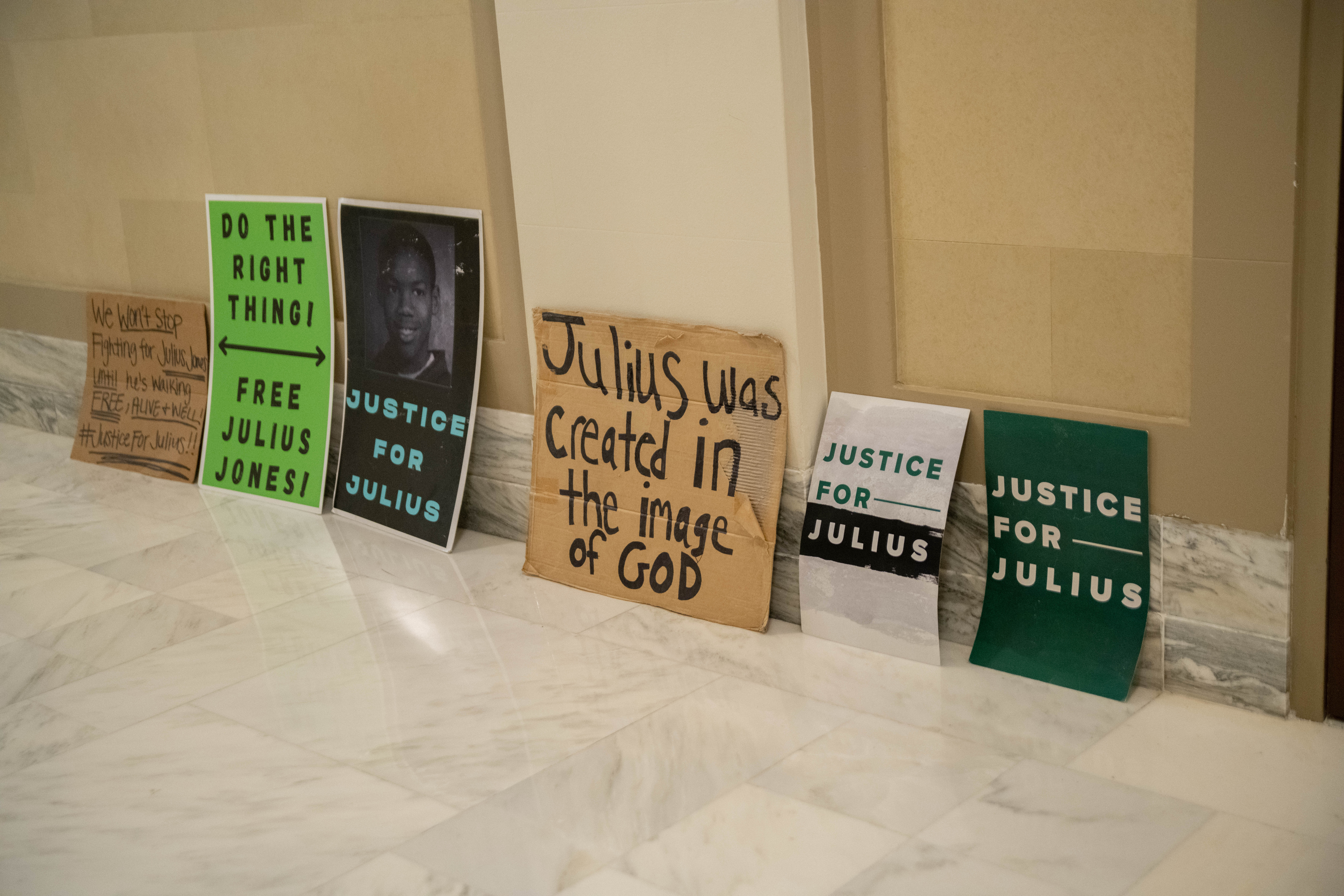 Donald Grant was executed by the state of Oklahoma Jan. 27. His offer to be killed by firing squad was denied by the court and he was killed via lethal injection. Gilbert Postelle has received an execution date of Feb. 17. James Coddington, while still scheduled to be executed Mar. 10, has a stay on his execution “until a final judgment” on his claims is issued by the Court, according to court documents.

Gallup polls indicate a shifting climate surrounding the death penalty. With this in mind, The Vista conducted a small-scale survey, asking seven students their opinion on capital punishment.

“In general I don’t support the death penalty. In a perfect world, our justice system would be modeled different — the prison system is supposed to be a rehabilitation system, not a punishment system,” said Aster Yeoman, a graduate student at UCO.

“It’s just going to ask Oklahomans if they think the death penalty is cruel and unusual or not. I think it’s important because I think people are maybe starting to change their minds a little bit more about how we should deal with crime and things like that.”

McHenry said she read one article stating limited effectiveness for state questions on the death penalty, “but I think the article doesn’t consider the timing,” calling it “pretty recent after the Julius Jones situation.”

“I feel like a lot of people are reevaluating our justice system,” McHenry said.

“I don’t think we should be doing it until we know for sure that it’s safe, and we don’t know how they’ve been testing it to make sure that it’s been safe,” Leathers said.

Leathers believes “everybody has a right, if they’re going to go they should go peacefully, it’s protected by the Eighth Amendment because that’s cruel and unusual punishment. If you’re injecting people and they feel like they’re burning alive, that’s definitely cruel and unusual,” Leathers said, emphasizing the importance of the burden of proof.

“I would just say that the burden of proof needs to higher in death penalty cases,” Leathers said.

Marina Jones, a political science and forensics major minoring in criminal justice and pre-law, said that she agrees and disagrees with the death penalty simeltaneously.

“It’s true there are a lot of cases where people have been wrongfully convicted, Julius Jones and Rodney Reed are examples right now, and the worst part is racial bias and ‘get tough on crime’ policies are the reason that they’re in there,” Marina Jones said.

“Rodney Reed cannot get clemency, the Governor is refusing even after hundrends of thousands of people and celebrities and the U.N. have been emailing him, for that reason I don’t agree with the death penalty, however, I do understand why people want it, it helps a lot of families with closure,” she said, underlining the emotional impact of a death sentence.

“They are in a constant state of agony and so is their family because they don’t know what’s going to happen,” she said.

“I looked behind the statistics with killing, the most humane way of killing someone without hurting them, making them have seizures, painfully dying, is firing squad, which I thought was really strange,” Marina Jones said, recalling Donald Grant’s denied request to be executed in this manner.

On the case of John Marion Grant, she said “He got all 3, you know, injections, and he had a seizure and started vomiting everywhere and the people there were like that’s not normal, that’s not natural, something’s wrong, and so every time he threw up they had to clean him up and continue.”

Jayce Camp, a forensics major at UCO, said she did not think the death penalty is necessary.

“New technologies being validated to be used for forensic science measures into physical evidence increasingly proves people to be innocent when they have been found guilty, not to mention that most of these people are from marginalized communities, people of color particularly,” Camp said.

“If that person really was that bad then staying in a jail and maybe reforming that jail so it’s more about rehabilitation than about punishing people then that would work,” Morton said.

Maya Fitch, a museum studies major with a minor in women’s, gender, and sexuality studies said, “One of the biggest reasons I would oppose the death penalty is because I don’t have trust in our justice system to do proper due diligence or to like, convict only those that are guilty.”

“It comes down to the fact that you can’t trust that the justice system is going to convict and dole out punishment with anywhere near a hundred percent accuracy, in fact it’s really not there at all,” Fitch said.