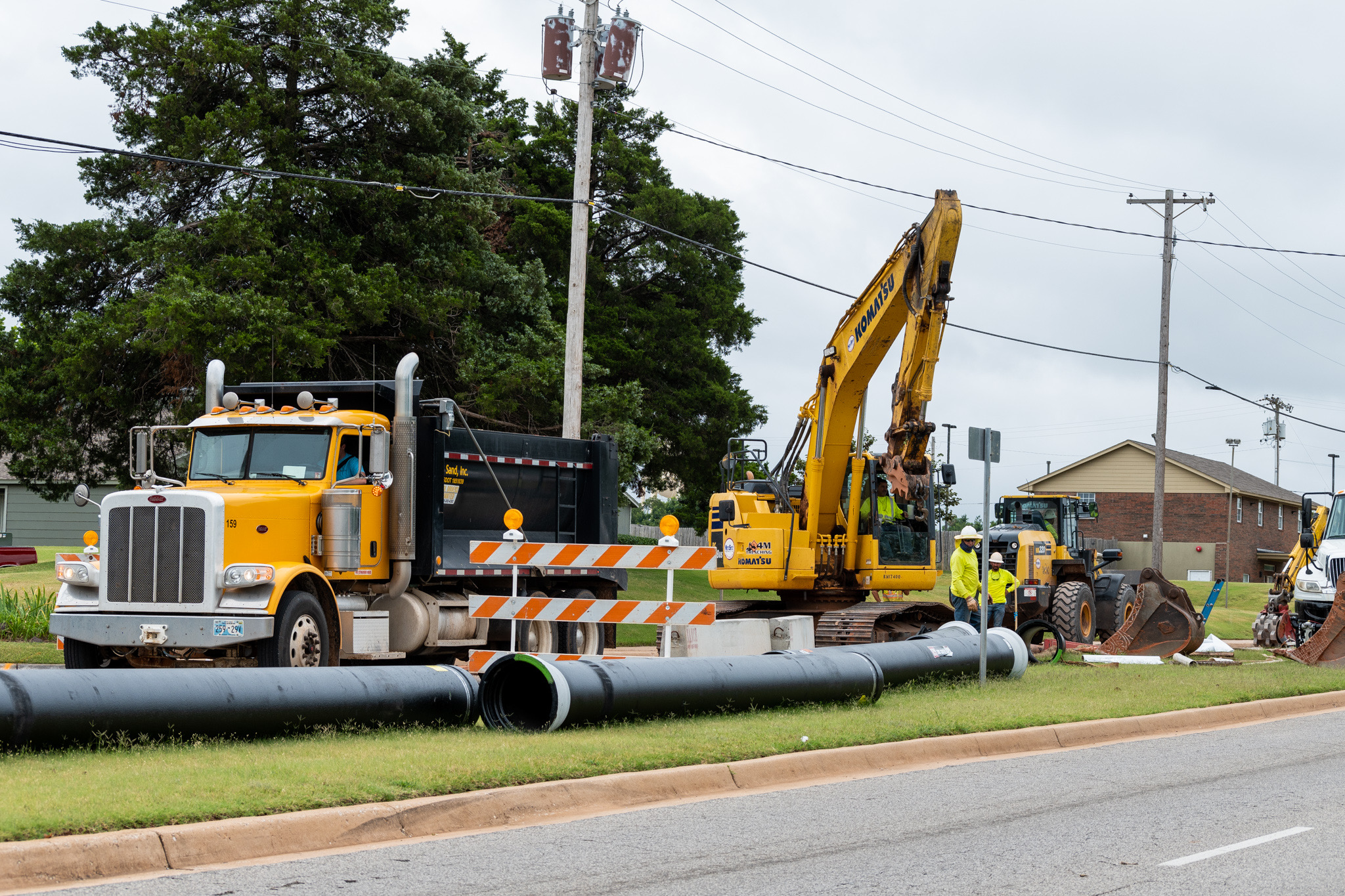 Large-diameter waterline to be placed from Ayers street to Chowning Avenue onto Danforth Road. (The Vista/Manuela Soldi)

The City of Edmond is installing a new large-diameter waterline on Chowning Avenue.

According to the Director of Engineering for the City of Edmond, Steve Manek, P.E., the new waterline will allow for continued growth and water distribution throughout the city.

Students on campus say the construction is dangerous and interferes with the campus environment.

“It is hazardous to drivers who can’t see at night and end up in the wrong lane,” Lexi Dugger, a freshman and commuter to campus, said.

A UCO sorority member on campus, who asked to remain anonymous, said students are driving on the wrong side of the road despite the cones.

Dugger said: “When I first toured campus, the construction wasn’t around. So being at campus now, it does make me sad to see that my expectations didn’t meet the realities on the look of the school.

“When I go to the sports performance center it does make it difficult to get to practice on time when early morning traffic is happening.”

The new construction may interfere with sporting events set to take place next month.

“The construction is intrusive but there’s not really anything that can be done about it,” Chris Brannick, UCO Assistant Athletic Director of Media Relations, stated in an email “We just hope it gets done as soon as possible to limit how much it could affect traffic on game days.”

The construction will be going on through most of the semester, according to Manek.

“Due to some driveways and other issues, we are working towards completing this section of Chowning from Ayers to Danforth in the next couple of months,” Manek stated.

“We have been assured that this construction will not block any of the entrances to our campus parking lots and should not have any impact on game day traffic,” Brittney Platt, UCO communications and administrative coordinator for Transportation and Parking Services, stated in an email

“If something were to change regarding this project that impacts campus traffic or parking, we will communicate that to the campus community via Centralities and social media.”

The athletic department will be sharing parking maps leading up to the first football game of the season on Thursday, Brannick stated.