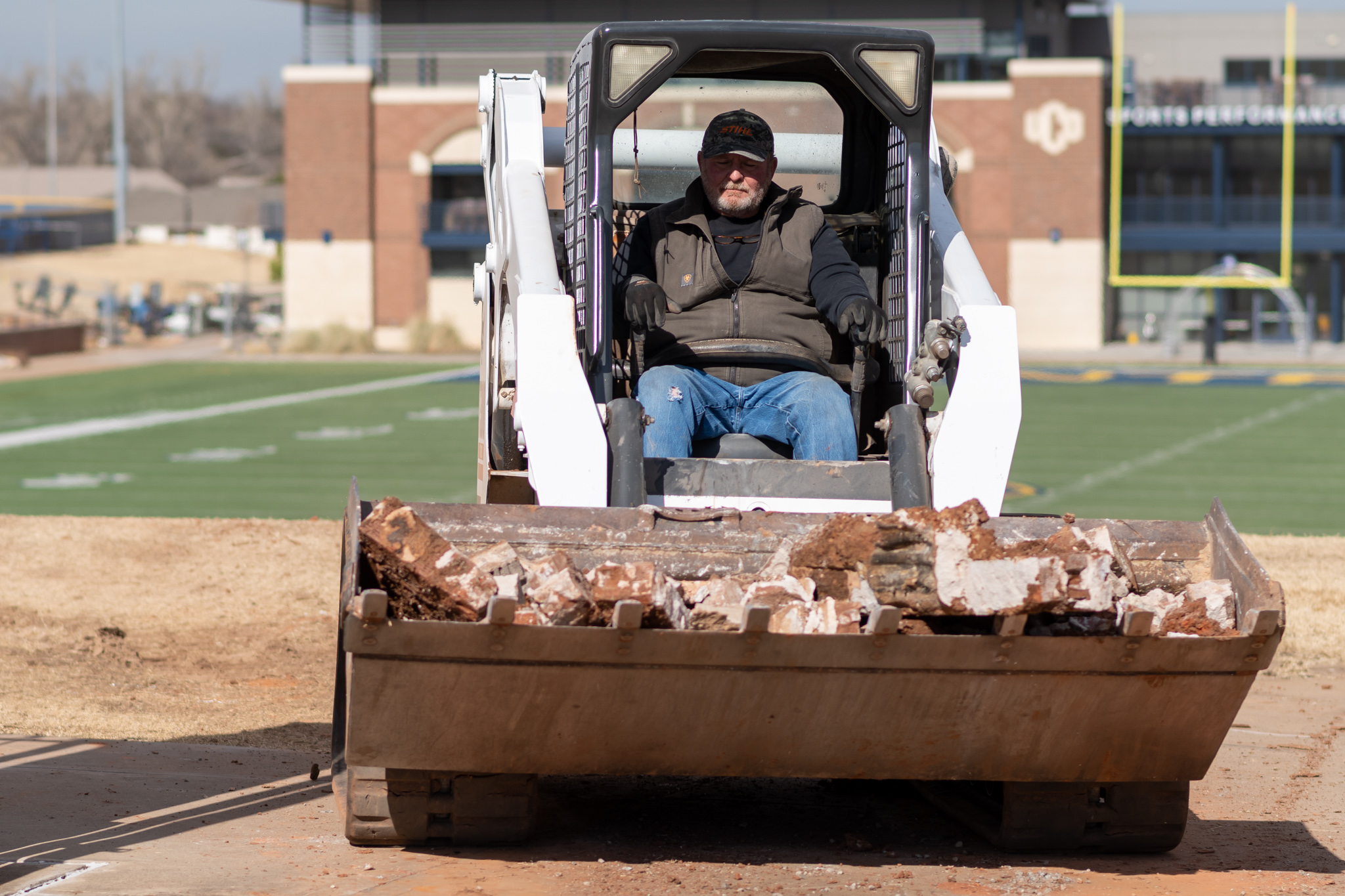 In October of last year, UCO Athletics announced that the football stadium would have a new name, Chad Richison Stadium. Not only has the name changed, but there will be a few notable upgrades for students and fans.

Richison, who graduated in 1993 from UCO, is the founder and CEO of Paycom. He has donated a total of $25 million to the university, making him the largest donor in history for this institution.

Richison was quoted back in October on his donations and the renovations to the stadium,

“I am passionate about higher education and collegiate athletics,” Richison said. “I appreciated the experience I had at UCO and hope this gift inspires others to accomplish something they may not have dreamed possible.”

According to Stand Wagnon, director of athletics at UCO, the south berm has significant landscaping that includes a waterfall, video board, and second level of seating on the east side. There will also be a new ticket booth, concession stand, and restrooms, in addition to all of the other fantastic upgrades.

The university will also be replacing artificial turf on the field soon.

The expansion will provide about 2,000 additional seats, with the actual number being 1,932 based on a 24-inch seat.

The rest of the stadium is based on an 18-inch seat, making capacity go from around 10,000 to approximately 12,000. The east side will also go from only having four toilets to 59.

“These improvements will enhance gamedays for UCO and serve as a great recruiting tool for the athletic department,” said Wagnon.

“Also, it will give Chad Richison Stadium a unique position in the marketplace for hosting events like the OSSAA high state championship games. Those games provide a tremendous opportunity to introduce UCO to high school students from across the state and make a great first impression for not just athletics, but the entire university.”

These additions will go along with investments by Richison made in 2018, such as the Sports Performance Center and the UCO baseball field, which installed new artificial turf.

The university also made changes to Hamilton Field House in 2019, making the wrestling rooms some of the largest in the country.

These renovations to the university are undoubtedly top-tier. The latest edition to the newly named Chad Richison Stadium looks to be top of the line for this first-class university.