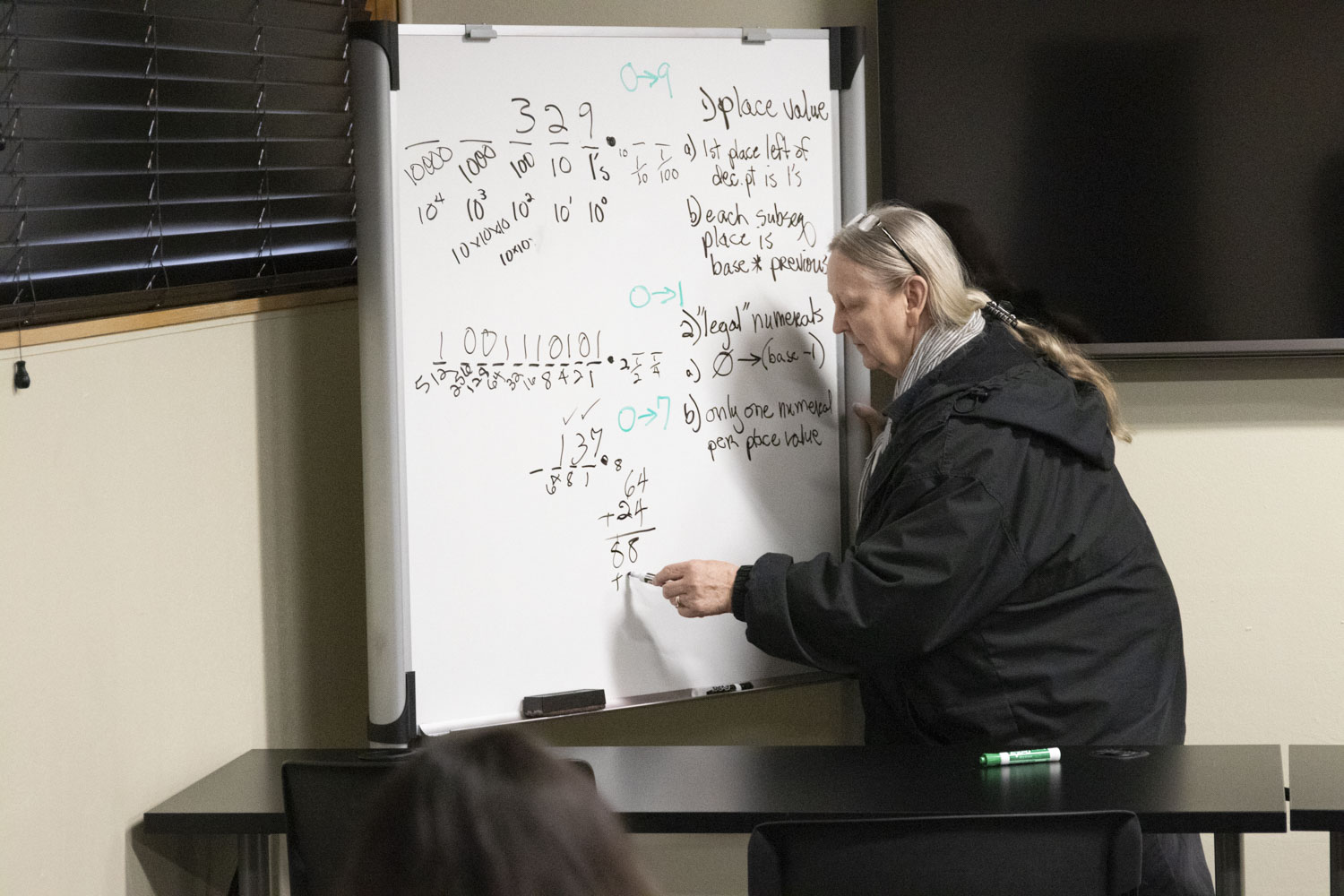 Over the last 10 years, the University of Central Oklahoma’s College of Math and Science’s computer science program has roughly doubled as demand increases nationally for more careers within the fields of science, engineering, technology and math.

The New York Times reported that many universities, big and small, are facing difficulties with their computer science programs across the United States, such as turn over rates in professors, students having to be accepted into the program beforehand and challenges of enrolling due to capacity.

Qian said these obstacles are not occurring in UCO’s computer science program, due to the program’s accreditation through the Accreditation Board for Engineering and Technology, Inc. This is a prestigious partnership for UCO. as the Tulsa University and University of Oklahoma are the only universities in Oklahoma to have ABET accreditation.

“They require us to graduate our students on time,” Qian said. “They come and visit us every six years and they check our curriculum, faculty, lab resources, library and everything we have here to meet their standards.”

As a result, the program cannot turn students down, have a lack of professors or oversized classes. Qian said enrollment in some classes has increased, but the program is equipped to handle the increased class size by offering online courses.

Elizabeth Wissler, senior in the UCO computer science program said this was one of the main reasons why she chose UCO.

Wissler is also the president of the Association for Computing Machinery student chapter, better known as ACM.

“Typically people are raised to think computer science is in a cubical at your desk and not a lot of socializing,” Wissler said. “But since it has become so much more popular, there is a greater diversity in collaboration and wanting to work with people.”

However, Qian said there is still a lack of diversity in the ratio of men to women enrolled in the program.

“In terms of gender balance I would say that we are not very balanced,” Qian said. “Most of our classes in previous years have been about 80 percent male and 20 percent female.”

Previously Wissler was in the engineering program at Oklahoma State University, and has always been involved in many tech related positions. She said experiencing both of these showed her how male dominated the industry really is.

“Here at UCO there have been classes where if I am not the only female, there are really only one or two other women in my class,” Wissler said. “I think if I were younger it may be a bit more intimidating, but I have the fortune of coming into school as being a little bit older.”

“I think a big part of it is that there is this this implication pretty early on in education that computer science is only for the quiet guy in the dark, programming,” Wissler said.

To attract more women to computer science Wissler said she is looking into creating visuals for outreach programs for different schools in Oklahoma.

“I think it would also be great to work with the education department and see what they would recommend and how they are approaching early education and see how we could create projects and outreaches that are specifically geared to those students,” Wissler said.

Qian said he believes he is already seeing changes in the male to female ratio, even in this semester.

“I teach a programming one class this semester and I saw almost a third of my class [is] female students,” Qian said. “So that is an encouraging sign.”

Qian said he believes the job market is definitely a factor and that maybe more female students are attracted to the STEM disciplines.

“The National Science Foundation has been promoting a gender balance and diversity in STEM majors for many years, and maybe some of those efforts are taking effect,” Qian said.