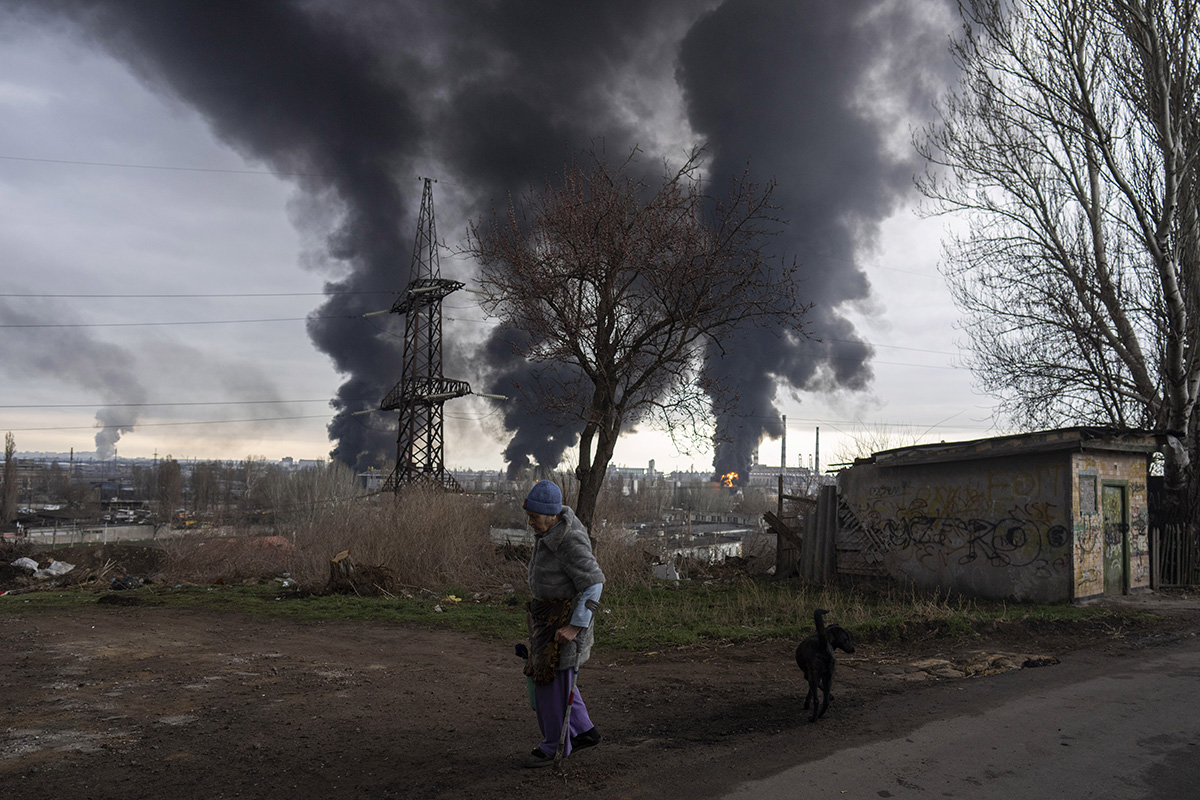 The U.S. seeks to exclude Russia from the U.N. Human Rights council while more than 50 Ukrainian historic and religious sites have sustained confirmed damage.

Ukraine exchanged 86 captured Russian troops for Ukrainian servicemen that were on their way home Friday.

The International Committee of the Red Cross (ICRC), attempting to evacuate citizens from Mariupol, said it was “impossible” to reach the city Friday and tried again Saturday, though it is unclear if they succeeded. Meanwhile, an aide to the city’s mayor said the city is closed to those who wish to enter and “very dangerous” for those attempting to flee.

The ICRC posted a video of the city of Irpin on Twitter, which “had a population of around 60,000 people. Now it’s smoke and rubble,” the tweet read.

Russia, which has a good deal of control of gas and other natural resources, has demanded that countries pay for gas in rubles. European countries have more time to decide how they will respond after the Kremlin announced it will wait to stop the supply. Payments for the resource are due from late April onwards.

Around 200 members of the Ukrainian national guard are being considered prisoners of war after their commander has not heard from them since Russia fought for control of Chernobyl.

“The end of YouTube in Russia draws nearer,” reads a tweet from Kevin Rothrock, managing editor of Russian paper Meduza.

Last month, the Russian government also moved to block access to foreign media produced in the Russian language, though blocked media sources can still be accessed through the messaging app Telegram.

A heavy load of new restrictions on Russian media has caused some papers to shut down war reportage completely to stay in operation.