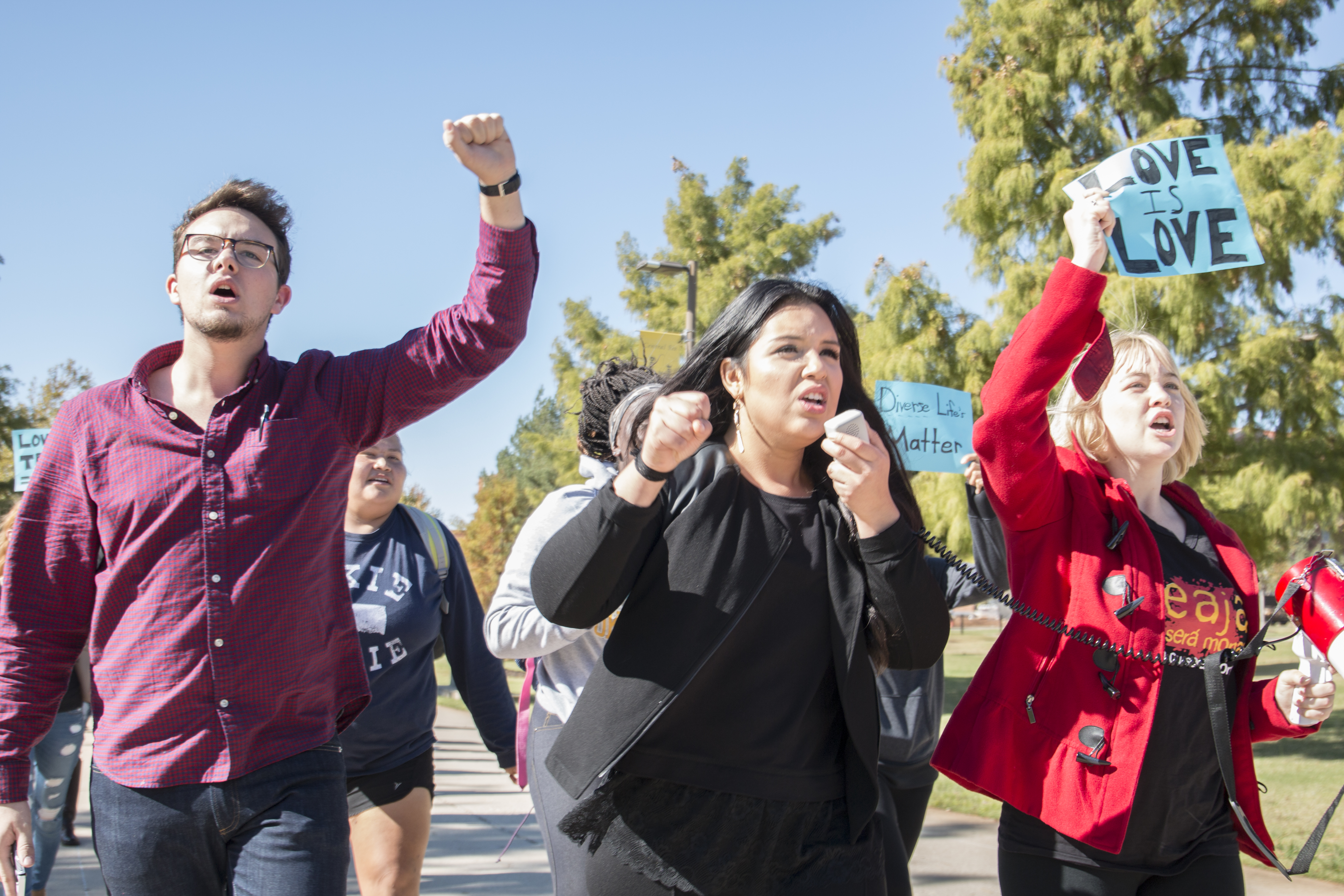 “The previous policy outlines some very general legal principles. In the revised policy, we still follow the same set of legal precedents,” said David Macey, assistant vice president for Cultural and Global Competencies. “What we’ve done is fill in a lot of the details that seem to be missing from any earlier policies.”

The recommendations were made by the Freedom of Expression Working Group, a task force led by Macey.

Macey said the changes they have made fall into two major areas. The first part is the university’s philosophy and conceptual understanding of free speech. He said the focus is on why the university believes freedom of speech is important to the academic community, as well as how it relates to the values and mission of UCO.

“The other part that had not been spelled out in any detail was the actual practical application and enforcement of the policy,” Macey said. “[We focus on] what happens when there’s a question as to whether a particular speech or performance does or does not fall within the range of a permitted speech, who will decide and how.”

Macey said the current policy was written with students in mind, so it simply assigns the Office of Student Affairs with the responsibility of making determinations regarding free speech violations. As the group members reflected that campus free speech also includes speech by faculty, staff and visitors, they are recommending a protocol and practices to address concerns for the entire community.

According to the draft policy, the group suggested that the vice president for Student Affairs be in charge of speech made by students, staff, student organizations and student activities. The assistant vice president for Human Resources will make determinations in situations involving staff members and the university’s legal counsel will be in charge of visitors from the community.

The group also recommended that the university create a committee that will be in charge of reviewing controversial cases in the event there is any dispute, such as a controversial speaker or rally. The committee will then make a recommendation to the university president on whether or not the content or speaker poses a concern and he or she will make the final decision.

“In most cases, it would not be an issue. But if a question arises, we are recommending that there is a university level committee that includes faculty, staff and students,” Macey said. “There are some pretty clear legal precedents about the kind of speech that are permitted and those that are not permitted, but [they] still require some judgment to determine which categories the speech will fall into.”

If the recommendation is finalized, the UCO Student Association, Staff Senate and Faculty Senate will come up with a plan to form the committee. The committee will be in charge of making a detailed policy to deal with those controversial cases. Macey said that if the committee will need to make a decision to deny an event or a speaker, they will also need to consult with the legal office at UCO and the regional level to make sure the decision is legally accepted.

According to the proposal, President Don Betz appointed eight members to the group in August 2018, including one representative of each college. Macey said they met every week in the fall semester to revise documents, essays and policies from other universities.

“The policy regarding what is permitted speech, what is not permitted is consistent with other major policies and other universities,” Macey said. “The detail of the implementation that we recommend are unique to UCO because every university is structured a little bit differently.”

The group also consulted with UCOSA, Staff Senate, Faculty Senate and Betz to receive feedback and finalize the draft policy. They will host a public forum to discuss the revised version of the Freedom of Expression Policy at 2 p.m. on April 16 in the Nigh University Center’s Constitution Hall.

“The charge of the freedom of expression is working to come up with a general policy and we also made some recommendations for the work that needs to be done,” Macey said. “When we finalize and adopt it, appropriate agencies on campus such as UCOSA, Staff Senate [and] Faculty Senate will work together to come up with the details of it.”

In the spring 2018 semester, UCO had a controversial issue regarding free speech when UCOSA invited creationist Ken Ham as part of their speaker series program. Concerns were raised by the Women’s Research Center and BGLTQ+ Student Center around using student activity fee funding to bring Ham due to his comments on the LGBT community and women, as well as his views as a creationist. After the invitation was rescinded by then-UCOSA president Stockton Duvall, Betz made the final decision to reinvite Ham back and hosted a series of events regarding freedom of expression.

“We are aware of that and other incidents that happened at other campuses to see how well the policy will address in those cases. [The Ken Ham incident] is probably the impetus,” Macey said. “But the best practice in university policymaking is to come back to these things every so often anyway, because the legal context changes, the social context changes and the communication context changes, so we need to keep updating.”

According to the committee’s proposal, the current Campus Expression Policy was developed and implemented in 2017-2018 without any input of the Staff Senate.

After the forum, the Freedom of Expression Working Group will finalize the policy and submit it to the president and the President’s Cabinet, who will then decide to approve and implement it. Macey said the policy may be implemented during the next school year.