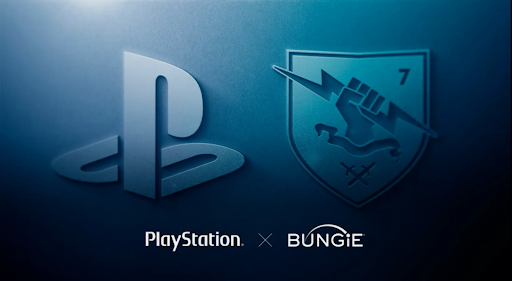 On Jan. 31, Sony Interactive acquired Bungie Studios for $3.6 billion. The deal was announced days after Microsoft’s acquisition of Activision Blizzard for $63.7 billion. Bungie is the original developers of the “Halo” series and current developers of the “Destiny” games.

Jim Ryan, president and CEO of Sony Interactive Entertainment, released in a statement:

“Today I am happy to announce Bungie will be joining the PlayStation family. First off, I want to be very clear to the community that Bungie will remain an independent and multi-platform studio and publisher.”

Sony confirms that Bungie will have the option to “self-publish and reach players wherever they choose to play.” Sony will not make future Bungie titles Playstation exclusives.

Bungie CEO Pete Parsons said that Sony is immediately accelerating the hiring of talent for the entire studio “to support our ambitious vision.”

According to Ryan’s statement, Playstation will gain access to Bungie’s proprietary tools, which can be used for PlayStation Studios teams.

“I have spent a great deal of time with the senior team at Bungie and it is clear their experience and skills are highly complementary to our own,” said Herman Hulst, head of Playstation Studios.

“We will be ready to welcome and support Bungie as they continue to grow, and I cannot wait to see what the future holds for this incredible team,” said Hulst.

In Bungie’s statement, they reaffirmed that they will retain the ability to act independently when it comes to publishing and distributing their games. They also are committed to the community and supporting games. Sony is honoring their agreement with Bungie and have not announced plans to make future Bungie titles exclusive to Playstation consoles.

“We’ve had a strong partnership with Bungie since the inception of the Destiny franchise, and I couldn’t be more thrilled to officially welcome the studio to the PlayStation family,” said Ryan.

Bungie’s current projects consist of maintaining and working on ‘Destiny 2’ and expanding the franchise while adding new titles to the roster.

“SIE understands that our people and our community are both the priority, and the heart of our success, and are willing to stand alongside us as we continue to use our platform to drive action towards a more welcoming and equitable world,” said Bungie.

Bungie will continue to build a place for talented people to do their best work “no matter who they are, where they are from, or how they identify.​ That’s the real dent in the universe we want to make,” said Parsons.

You can check out Sony’s full statement at blog.playstation.com.