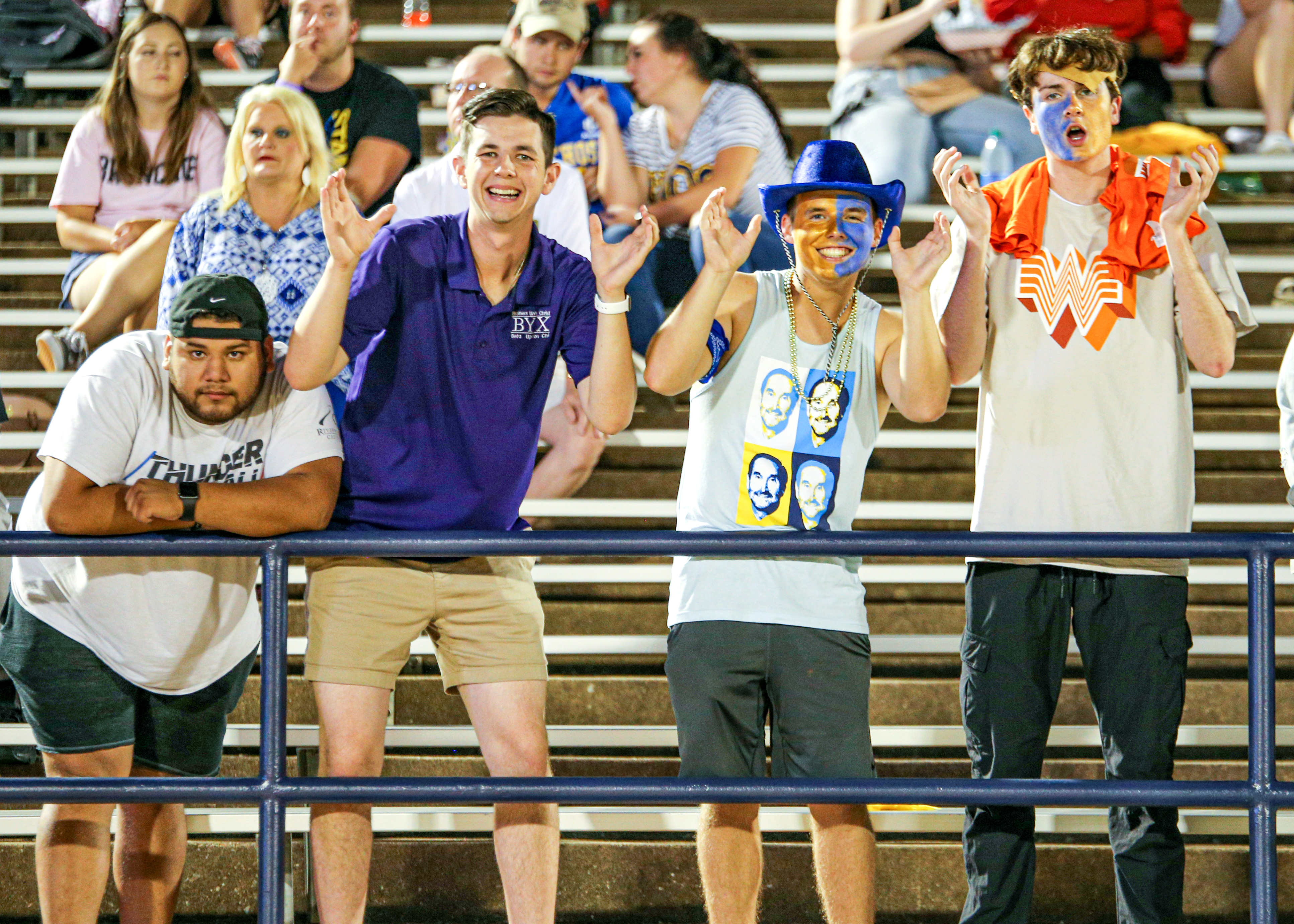 After suffering a 59-10 loss to the Northwest Missouri State University Bearcats, it’s clear the University of Central Oklahoma Bronchos football team isn’t close to their goal yet this season. For the 2-2 Bronchos, consistency will be key.

In their Week 3 game against Lincoln University, the Bronchos put up historic numbers both offensively and defensively. In a 63-0 win, they outgained the Tigers 469 to 198 yards. The UCO quarterback duo of Keats Calhoun and Chandler Garrett combined for five touchdowns, and yards were spread far and wide between several running backs and receivers. They didn’t allow a point, forcing eight punts and holding the Tiger to 4 of 17 on third downs.

On Saturday the Bronchos looked like a completely different team, scoring just 10 points in a 59-10 blowout to No. 7 Northwest Missouri. The Bronchos finished with 371 yards to the Bearcats 568, a complete reversal of the game before.

NWMSU outscored UCO 52-7 in the first half alone, before outscoring the Bronchos just 7-3 in the second half. Northwest Missouri will undoubtedly be one of the toughest opponents the Bronchos all season, but a blowout loss is far from where the Bronchos want to be.

The old phrase “consistency is key” comes to mind when thinking of a Bronchos squad that has had irregularity on both offense and defense in points of the season.

In the first game, for example, the Bronchos were down 34-7 at halftime to a solid Pittsburg State University team, before a 21-point fourth quarter rally from UCO led them to lose by just two points to a last second field goal. The talent was obviously there, just not throughout the entirety of the game.

In the second game against the University Nebraska-Kearney, UCO put together their most complete win of the season, bouncing back and responding when called upon to put together a balanced team win over the Lopers.

As stated before, the Bronchos will more than likely not see an opponent the caliber of Northwest Missouri, so consistent play should come much easier for them from here on out.

This week, Central will take on 2-2 Fort Hays State University, who were preseason No. 1 in the Mid-America Intercollegiate Athletics Association Coaches Poll.

In the following weeks, UCO will take on 4-0 University of Central Missouri and 2-2 Missouri Western State University, the two teams that handed Fort Hays its losses.

During this three-game stretch, the Bronchos will need to prove they can put together strong, consistent offensive and defensive performances to come away with wins in all three.

UCO has had bright spots in both rushing and passing attacks offensively, and the ability to limit teams at times with their defense. If they can fire on all cylinders and put together a perfect balance of all their strength, they should come away with wins, starting with Fort Hays.