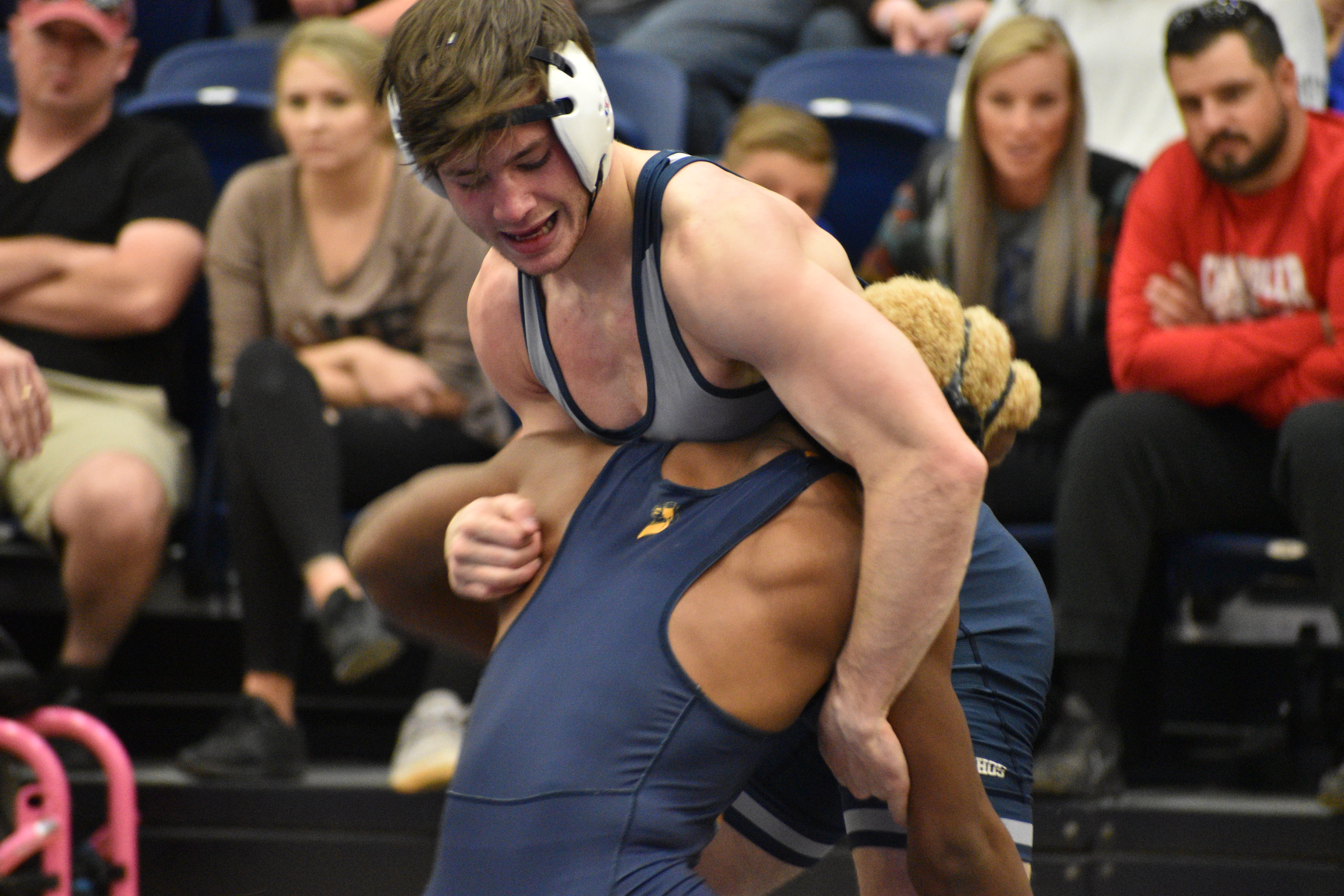 The University of Central Oklahoma wrestling team’s annual Bronze and Blue intrasquad dual resulted in a 42-6 win for the Bronze on Sunday afternoon at Hamilton Field House.

“They just got on a roll,” said head coach Todd Steidley about the Bronze squad after the dual. “We felt like both teams were pretty even and they just got momentum just like in any other duel, they got a couple falls and close matches and it got out of hand a little bit.”

Noah McQuigg, Peter Rolle and Gage McBride all scored falls for the Bronze. McQuigg scored a first-period pin, Rolle recorded his fall at the 1:56 mark, both wins at 133 pounds and McBride scored his fall in the final seconds of overtime with a takedown and pin at 184 pounds.

UCO had six sophomore and freshman wrestlers win their matches on Sunday. There was an overall of 12 matches in the dual.

As a team, the Bronze won 10 of the 12 matches. The Bronze received decisions from 157-pound Anthony DesVigne, 197-pound Kalin Winkler and heavyweight Korbin McLaughlin.

“This is a hard-working group,” Steidley said. “We’re excited about what we can do this season.”

Four matches were decided by one point or in overtime.

Logan Farrell drew a takedown 30 seconds in the sudden-victory period to claim an 8-6 win in the opening dual. McBride won in overtime after forcing the extra period with an escape with six seconds left, Brik Filippo won 6-5 at 149 pounds and Hunter Jump scored a takedown at the buzzer win 4-3 at 165 pounds.

After the dual, Steidley said there was not one wrestler whose performance stood out to him.

“I’m just happy with the team in general,” Steidley said. “It’s just a really good team performance and we’re headed in the right direction and I think by the end of the year we’ll be a contender.”

The Bronchos will open the season on Sunday as they face-off with Drury University at 4 p.m. in Hamilton Field House.

UCO named atop the Wrestling USA Magazine’s non-NCAA Division I recruiting class rankings on Sept. 15, ranking higher than two-time national champion St. Cloud State University and the University of Pittsburgh-Johnson. It’s the second No. 1 recruiting ranking for the Bronchos who were recognized by The Open Mat, a website that covers amateur wrestling.

The Bronchos’ 15 man team will return eight starters from last year’s team that went 12-4 in duals and finished 16th in the national tournament.