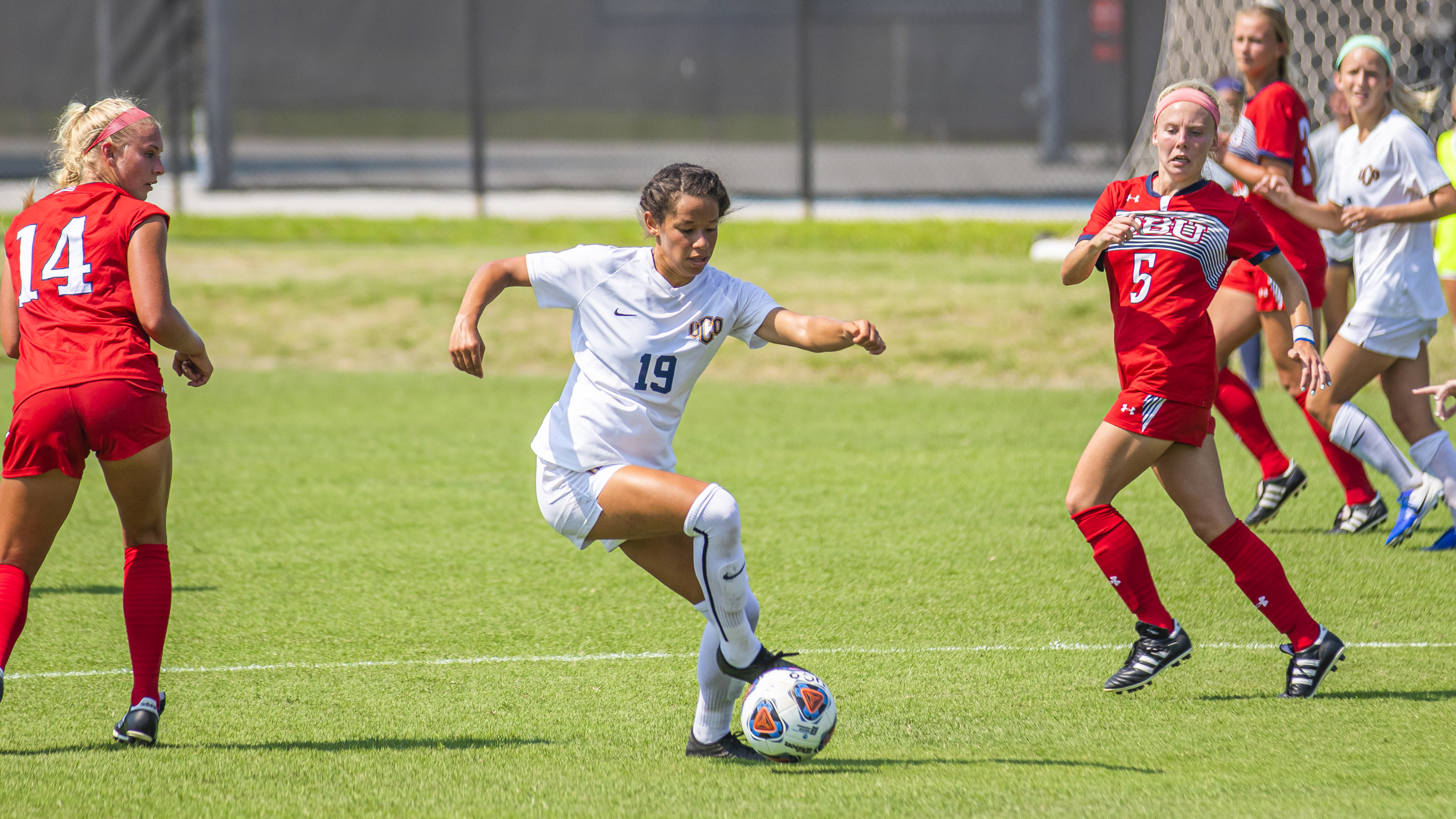 The No. 9 University of Central Oklahoma soccer team opened the 2019 season with a tie in a top 25 showdown against No. 17 Dallas Baptist University at Tom Thompson Field on Thursday afternoon.

In the 2018 season, the Bronchos only two losses came in games where they gave up two or more goals. Thursday’s game broke this streak.

“A tie is better than a lost, that’s for sure,” said head coach Mike Cook. “We learned some things today both the good and bad. That’s a good quality team [that] goes to the national tournament every year so it’s a good test to open the season with and we got a little bit of work to do but overall wasn’t too bad.”

At the half, the teams were tied at zero. However, in the second half, senior forward Asha Haile recorded a hat trick for UCO. Her first came by an assist from freshman forward Brooke Moore, and the other two scores were unassisted.

“That’s what we think she can do,” Cook said. “Coach Amel [Muhamedagic] and I have been really pushing her, ‘hey you’re going to be as good as you want to be’, she’s got the talent, she’s got speed, she’s got skills, she’s just got to want to go for 90 minutes and go to goal.”

After Haile’s third score, UCO led 3-1. The Bronchos would allow two unanswered goals, one by the Patriot’s Jayme Woodfill and Jenna Patterson, both coming in the last 20 minutes. Emmy Niece scored the Patriots’ first goal with a curving free kick between UCO defenders.

“We scored a couple goals, but we have to manage the game better when we’re up,” Cook said. “We need to put teams away. So that’s disappointing, but we did score three good goals; [we’ve] got to tighten up the defense a little bit.”

UCO entered the new season as the defending Mid-America Intercollegiate Athletics Association champions after finishing with a 22-2 overall record in the 2018 season.

The Bronchos most recent battle against the Patriots came in a 1-2 loss in 2013.

Dallas Baptist moved from the Heartland Conference to the Lone Star Conference this season. They recorded a 13-5-5 conference record in 2018.

UCO opens the season with nine of 10 home games, the only away game coming against Northeastern State University on Sept. 20 at 6 p.m in Tahlequah, Oklahoma. The Bronchos will battle Southern Nazarene University on Monday for the first time since 2016.