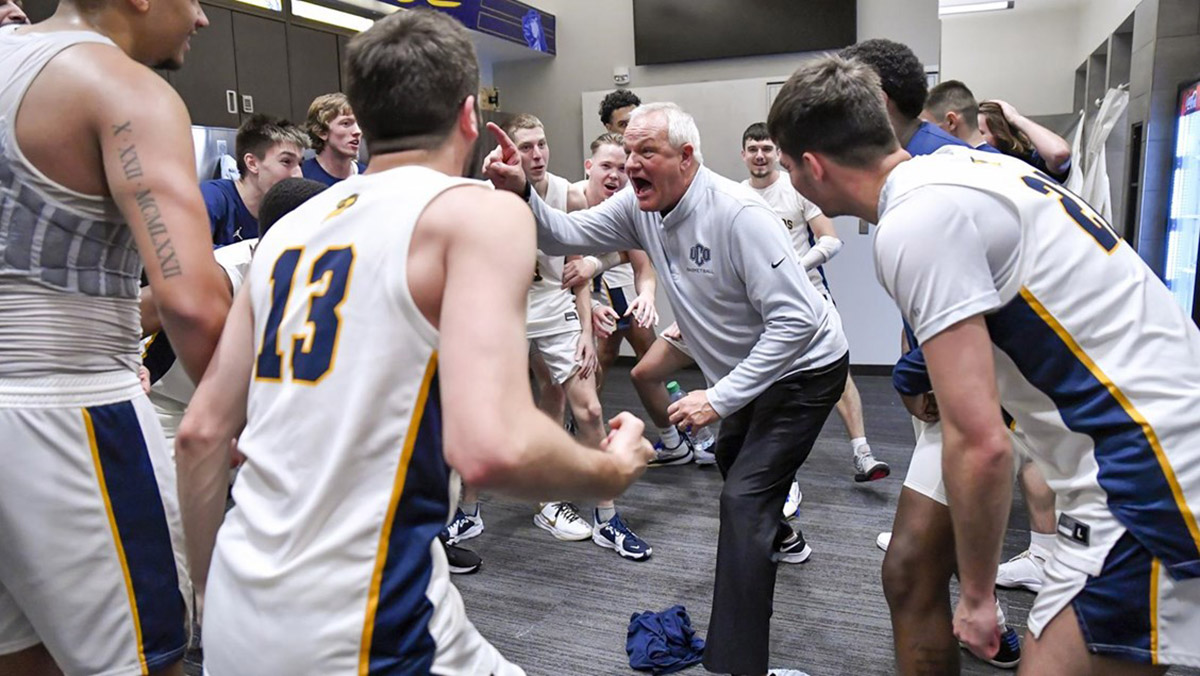 Bronchos stampede over No. 2 Bearcats

The UCO men’s basketball team pulled off a significant win Thursday night when they upset the Northwestern Missouri State Bearcats, the No. 2 team in the nation, in a 76-75 victory — an overtime nailbiter.

Isaiah Wade and Callen Haydon led the Bronchos in the victory. Wade had 29 points to his credit and 11 rebounds to go along for a double-double. Haydon finished right behind Wade with 27 points for the night with two steals and five rebounds of his own.

The 15-2 Bronchos came into this game as the No. 2 team in the conference, 18th in the nation. Under Head Coach Bob Hoffman, this was the highest rank UCO has seen since Hoffman came on board in 2019. The only team ahead of them was the team they were playing Thursday night, the Bearcats, who had a 16-1 record for the season and were unbeaten in conference up to that point.

UCO was in control from the beginning of the game. After two buckets made early from UCO’s offense, they wouldn’t surrender the lead again until late in the second half. The game came down to a crucial last 2:30 of the game. After the Bearcats made a run, clawing back from a 12-point deficit earlier in the half,  Bearcat guard Trevor Hudgins hit a critical three-pointer for their offense to get their first lead of the second half. Hudgins finished the game as the leading scorer for both sides with 39 points and 11 three-pointers made.

In the Bearcats favor, Hudgins’ three-pointer put the game at 60-59. After a made free throw by the Bearcats, the lead was extended to 61-59 with 32 seconds to play. However, with 18 seconds left to play, UCO’s Haydon hit a crucial three-pointer from the corner to put the lead back on UCO’s side, making the score 62-61.

“I trust myself, and I have a lot of confidence,” Haydon said after the game. “And we just gotta make shots and keep battling.”

After two made free throws from Jaden Wells and the score extended to 64-61 for UCO, Bearcat guard Hudgins knocked down another three with .03 seconds left on the clock and sent the game into overtime. The overtime period saw three lead changes in the five minutes played. With just over a minute left, Haydon hit another three to give UCO a 73-70 lead, and after a made free throw by Jaden Wells, the score increased to 74-70. Hudgins would go on a run late and make another three-pointer and two free throws to give the lead back to Northwest Missouri State at 75-74 with 53 seconds on the clock.

After several timeouts and time winding down, UCO forward Devon Richardson found Wade underneath the basket for an easy layup that put the game finally out of reach for the Bearcats with 2.6 seconds left on the clock.

“We came into this game with extreme confidence,” Wade said after the game.

“We just had that mindset that no one could beat us, and we went in with the confidence to match.”

Assistant Athletic Director Chris Brannick said that team chemistry can be a factor in big wins.

“You can see it sometimes in certain teams, a bit of division or clicks, this team is all in it together, and that is translating into wins,” Brannick said.

UCO will play at Emporia State on Jan. 26.