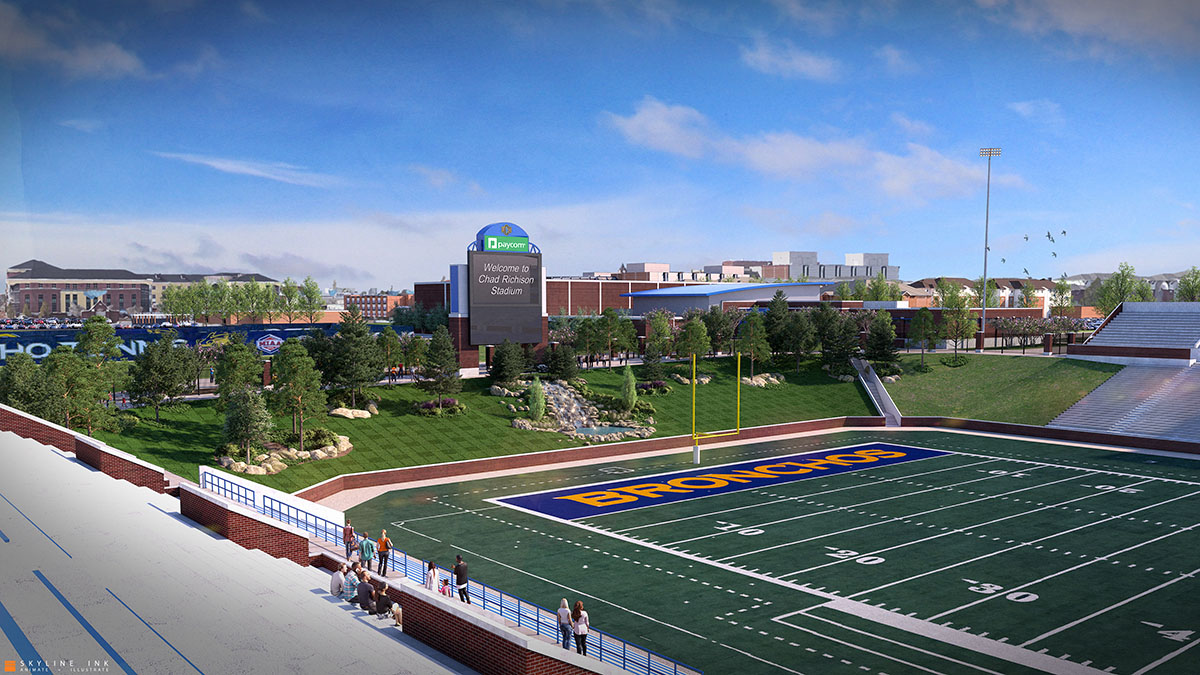 The UCO Bronchos football team wrapped up its fall camp with the Meet the Bronchos Fan Fest on Thursday. A sizable crowd of alumni, students, and supporters were cheering to get a first look at the team.

One of the biggest changes is the new head coach for the team, Adam Dorrel. Dorrel is a three-time AFCA Division II Coach of the Year with three national titles who holds  an overall record of 76-8 at the Division II level.

Dorrel, who is no stranger to success, discussed the improvements the team has made throughout the spring and summer.

“Through player development with the players we had and going out and recruiting some transfers in, we feel like we really made our ball club a lot deeper, a lot more diverse with packages we can utilize,” Dorrel said. “I think our guys are hungry and trying to get better each and every day.”

Junior center Layne Grantham said leadership within the team will be key.

“Our biggest strength is definitely leadership,” Grantham said. “We’ve had a lot of guys step-up, we’ve established a standard and guys are sticking to the standard, which is what we need. Our team’s effort — we are flying around to the ball making those effort plays. And then the team toughness; we’ve been through a lot here from the spring to the summer to now. We just got that toughness that we need out there on game days.”

The Bronchos go into hostile territory for the first game of the “Dorrel Era,” traveling to St. Joseph, Missouri for a 7 p.m. Sept. 1 matchup against the Missouri Western State Griffons.

“We don’t have a damn thing to lose,” Dorrel said. “We were picked ninth, so we got to go up there and just play extremely hard. I’m confident we will.”

Bronchos are coming off a 4-7 season that ended on a four-game losing streak. They were picked to finish ninth in the 2022 MIAA Preseason Coaches’ Poll. Missouri Western finished last season at 6-5, closing the year out on a three-game winning streak. The Griffons were picked to finish tied for seventh place in the 2022 MIAA Preseason Coaches’ Poll. The last time both these teams faced off against one another, UCO came out victorious in a thrilling victory that saw them almost blow a 17-point lead.

Grantham teased what the offense this year will look like.

“We’re going to get a lot of different personnel in there,” he said. “We’re going to cater to guys’ specialties and strengths; it isn’t going to be a “one size fits all” approach to the offense. We have a whole lot of guys who can do a whole lot of things, so I think there will be a lot of new stuff the alumni, fans, and students can look for.”

UCO will host its first home game at 7 p.m. Sept. 8. against Emporia State at Chad Richison Stadium. These teams both met last year in Emporia, Kansas, where Emporia came out on top 31-21.