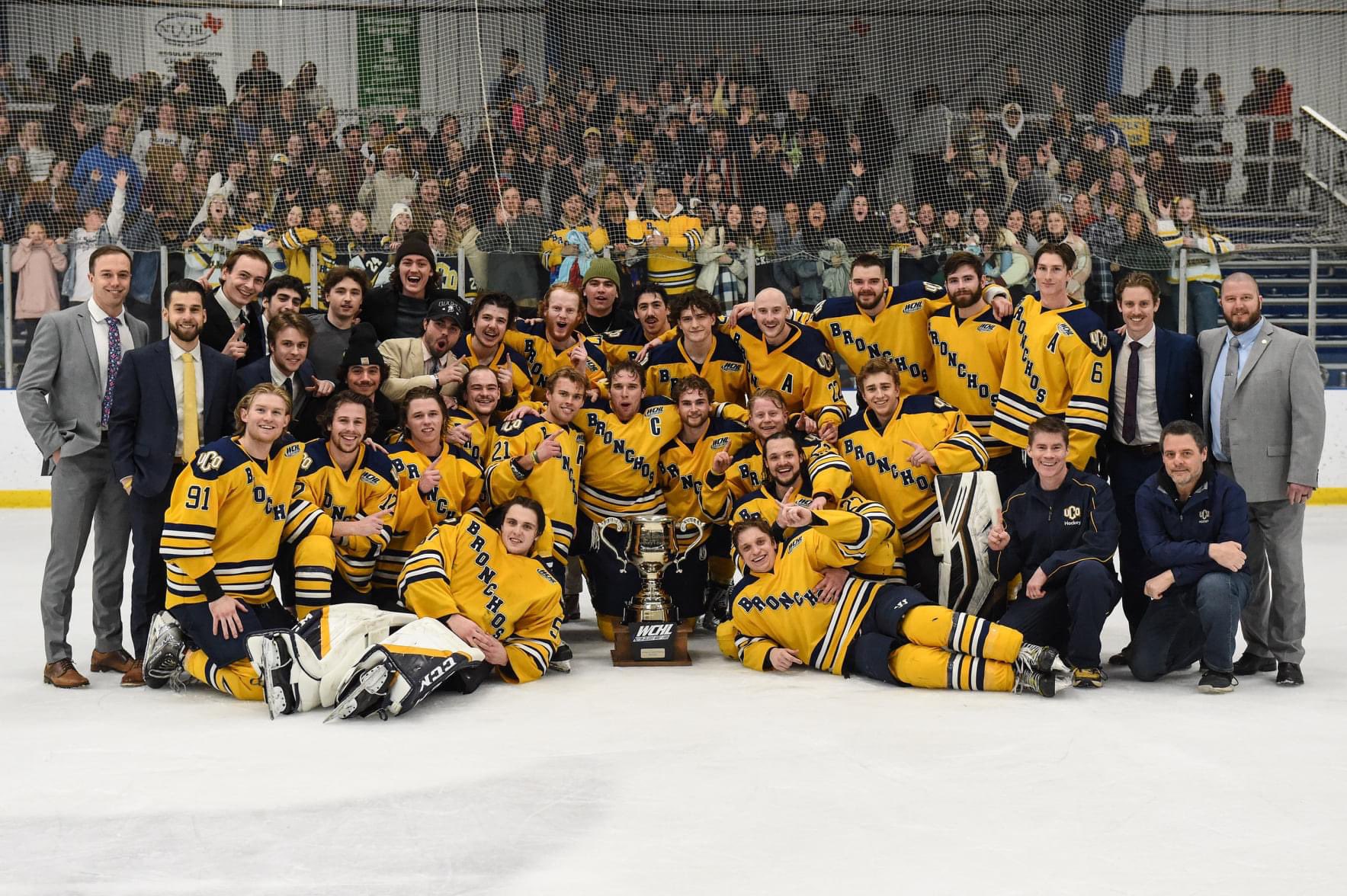 UCO’s hockey team had a heck of a season this year, with the Bronchos finishing the season with 28 wins, four losses, and one overtime win.

They finished second overall in the American Collegiate Hockey Association and recently placed second at the national championship.

The team went into the national championship eager to bring home the first place trophy.

“Our mindset prior was to win it all,” said Cooper Krauss, captain of the team. “We all felt extremely confident in one another and all knew we had a legitimate shot at winning the national championship.”

However,  after four long and hard-fought games, the Bronchos fell short, losing to Lindenwood in the finals.

The Bronchos might have been unable to bring home the national hardware, but their first place finish in the WCHL was monumental as it brought the title back to the Broncho barn after losing the streak that stretched from 2016 to 2018. Krauss said the COVID-19 pandemic played a role in the outcome.

“A large group of us were together last year when we were unable to play due to COVID,” Krauss said. “This brought us closer as we still put in all the work.”

The Bronchos were unbeatable at home, winning all 19 of their games held at the Broncho Barn, which is a new program record. The team hasn’t lost at home since October 2019, 873 days ago.

“There is the famous rule of, ‘You don’t lose at home, not in our barn,” said junior forward Kaeden Meuer.

Many may think a winning streak like that would cause the team to feel pressure when on their home ice, but that is not the case with the Bronchos.

The Bronchos finished up their season with a sweep of in-state rivals OU. UCO took both games against OU, winning 5-1 and 4-0 in their respective games, the Bronchos ended the season 6-0 against the Sooners and secured their spot at the top of the WCHL with that championship trophy.

UCO hockey is not considered an on-campus sport, but rather an athletic club. However, that does not stop the student body and community from packing the stands and supporting the Bronchos.

“Without a doubt, our fans make a difference and create an unbelievable atmosphere for us to play in,” Meuer said.