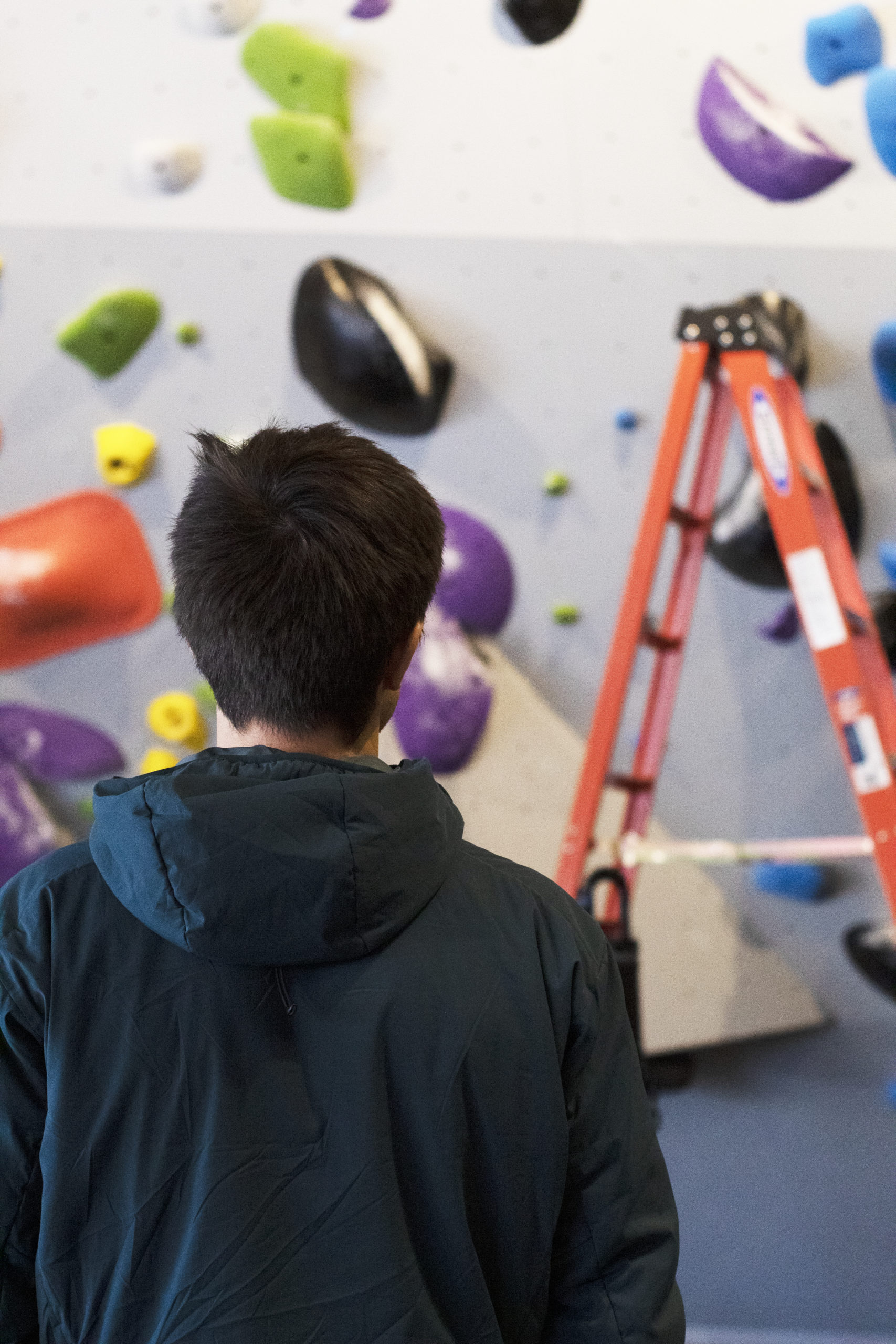 The revitalization of downtown Edmond is set to reach new heights with the opening of  BlocWorks Climbing Company, a climbing gym, planned for later this month.

BlocWorks is in the process of finalizing everything needed to pass its inspections and plans to be open within the next few weeks.

Evan Small, BlocWorks owner, said he met his wife Mariah in a climbing gym in 2009 and much of their relationship developed alongside their love for climbing.

“Eventually we felt that, if you get so much joy from something, the next step is to find a way to  be able to provide that for other people,” Small said. “This is that opportunity to do that.”

BlocWorks will allow visitors to participate in a specific type of climbing, known as bouldering. Bouldering has grown increasingly popular in recent years, according to Small, because it is easy to get started. Unlike traditional rope climbing, bouldering requires only climbing shoes and chalk.

Without the need for ropes and harnesses, BlocWorks is able to bring a big sport down in scale to make it accessible to a large number of people.

The physical challenge shouldn’t discourage people from trying bouldering, Small said. The gym has a color coded system modeled on the V-scale, or Vermin scale, used in much of outdoor climbing.

The V-scale ranges from V0 to V17 and the blue level at BlocWorks starts climbers off at a V0. With 14 blue climbs available at BlocWorks, Small said newcomers can spend time getting acquainted with climbing before progressing to the next level.

Small added that climbing is also a great way to switch up a normal workout routine. The gym even has some additional fitness equipment for customers to use.

“You know in our day and age, CrossFit has kind of seen a big surge and other forms of kind of unconventional fitness, and climbing is definitely another one of those,” Small said. “It’s not just doing a pull-up, it’s more like ballet on a wall, while you’re trying to solve a puzzle.”

Small said another difference between bouldering and traditional rope climbing is the amount of time spent on the wall. In bouldering, a great deal more time is spent in conversation, learning and growing with others as people take turns trying things on the walls.

“[In] bouldering, by and large, you see much more of the community aspect,” Small said.

Small said that community is key in everything BlocWorks hopes to be part of in Edmond.

The gym will be the first in Edmond, but according to Small, the city’s recent growth and the impact climbing has had on his own life made it a natural fit.

“There’s a district [specifically in downtown Edmond] that is up and coming with business and different restaurants,” Small said. “We felt that it was important to be surrounded by other businesses that were going to push this area forward.”

BlocWorks is located on South Broadway Street, a two minute walk from Edmond Railyard, according to Google Maps, putting it at the heart of the city’s revitalized commerce and entertainment district.

With day passes, monthly and annual memberships to the gym available, Small said popular Edmond staples like Cafe Evoke and the Railyard being in such close proximity allows people the flexibility to choose to spend an entire day at BlocWorks.

Small added that being near the University of Central Oklahoma will allow students to use BlocWorks as stress relief and even a change of scenery for studying.

“[Students] can hang out and study on the back patio, meet friends and then climb for a little bit,” Small said. “Definitely a nice way to unplug from work or school stresses for a few hours, hang out with friends, burn some energy and then get back and hit the books.”

While BlocWorks does not have a date set for opening, Small said there is a plan to host an official grand opening celebration sometime in March. For more information about BlocWorks, visit www.climbblocworks.com, or follow the gym on Facebook and Instagram, @blocworksclimbing.