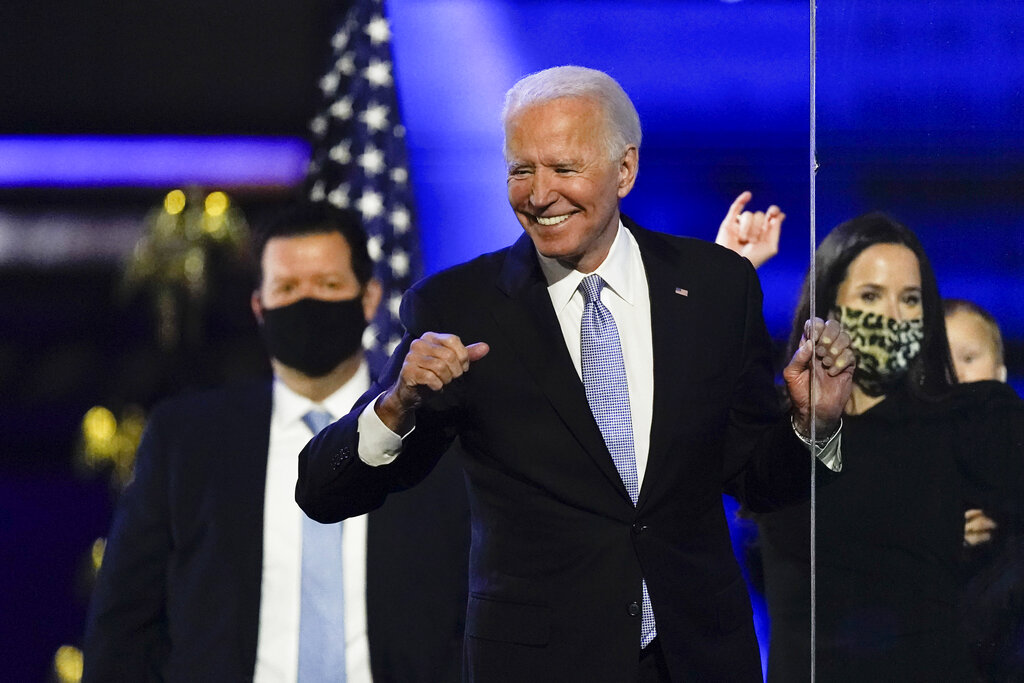 President-elect Joe Biden named 13 health experts to his Transition COVID-19 Advisory Board on Monday, as the U.S. hit 10 million cases and 50 million cases worldwide. Biden also promised access to a free vaccine for all Americans.

Despite uncertainty over how much the Trump administration will cooperate during its ongoing legal challenge to the election results, Biden named the new panel co-chaired by three people.

As the Food and Drug Administration approves vaccines, the former Commissioner of the FDA Dr. David Kessler of the University of California, San Francisco; former Surgeon General Vivek Murthy; and Dr. Marcella Nunez-Smith, an associate professor of medicine and epidemiology at Yale, will make up the panel.

Biden made COVID-19 a key part of his campaign, calling for a more coordinated federal response to the pandemic.

He also implored Americans to wear masks to slow the spread of the coronavirus while cheering news about the development of a vaccine by pharmaceutical giant Pfizer.

“We could save tens of thousands of lives if everyone would just wear a mask for the next few months. Not Democratic or Republican lives, American lives,” Biden said.

Though Pfizer announced promising results from a vaccine trial and is on track to file an emergency use application with regulators this month, Biden noted it could be months before a vaccine is widely available, according to the Associated Press.

Nearly 238,000 Americans have died from COVID-19 since January. Almost 10 million Americans have been diagnosed with COVID-19. In recent days, infections have set new records, topping 100,000 per day.

The goal of the advisory board is to work to create a plan to bring the pandemic under control. Biden said this will begin immediately after his Jan. 20 inauguration.

The team includes multiple people who have served in senior public health positions in the federal government.

This includes Dr. Rick Bright. Bright was head of the government’s leading-edge research agency, Biomedical Advanced Research and Development. He was removed earlier this year after he criticized the federal government’s pandemic response.

The advisory board also has Luciana Borio, a biodefense and disease specialist who worked for the National Security Council, and Eric Goosby, who was President Barack Obama’s global AIDS coordinator.

The vaccine still requires FDA approval and although facing other regulatory hurdles, Pfizer said it expects to have 50 million doses by the end of 2020, enough for 25 million people. In 2021, the company expects to produce 1.3 billion doses, the AP reports.

Biden announced the members of his advisory board will develop a blueprint for fighting the pandemic. The AP reports, this includes doctors and scientists who have served in previous administrations, many of them experts in public health, vaccines and infectious diseases.

The Associated Press contributed to this article.