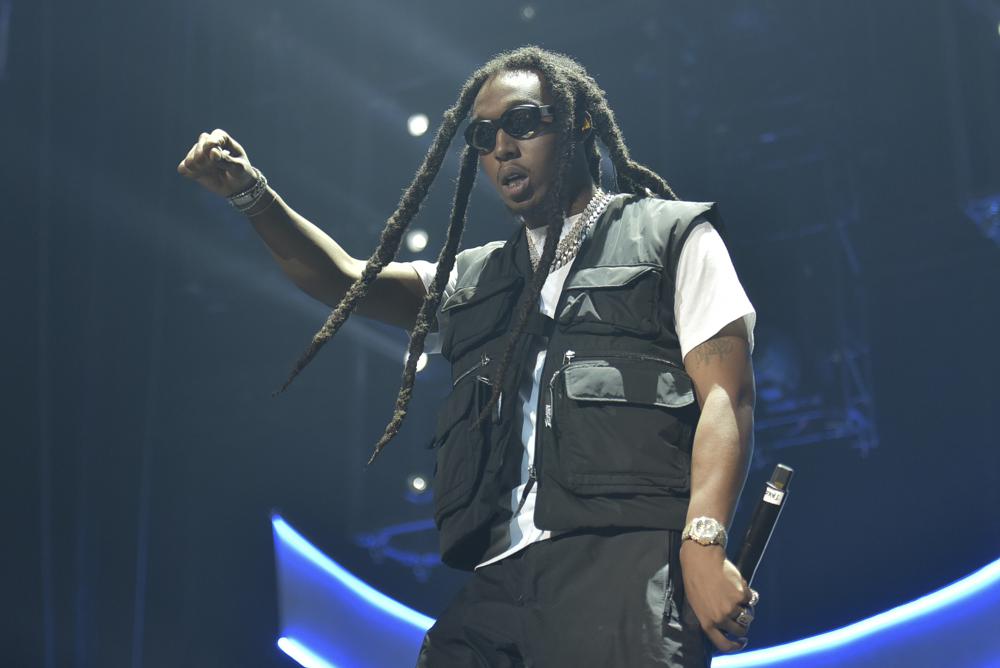 Behind The Hit: Remembering Migos’ TakeOff

Migos’ Kirshnik Ball, known as Takeoff was shot and killed on Nov. 1, in Houston following an altercation outside of 810 Billiards and Bowling when gunfire rang off and fatally struck the rapper while leaving two others hospitalized. Takeoff was the nephew of Migos member Quavo.

Takeoff and Quavo released their highly anticipated album, “Only Built for Infinity Links,” on Oct. 7. This 18-song album was the first and only collaborative album from the two Migos members without their third member, Offset. The album featured artists like YoungBoy Never Broke Again, Young Thug, and Gucci Mane. “Only Built for Infinity Links” debuted at No.1 on Billboard’s Top Rap Albums chart and No. 7 on the Billboard 200.

In memory of TakeOff, I have compiled 5 of the most memorable verses in his career.
“Last Memory” was the lead single on “The Last Rocket,” released in October 2018. Takeoff shows off his versatility as a rapper in this viral hit.

​​”They don’t know the meaning of the white (Naw) You don’t really live this life (No) Ni–as in the hood shootin’ twice (Pew pew). See my ni–as in the hood shoot precise (Brr). Real wise, we ain’t taking no advice (Naw). I realize that these h–s ain’t right (All of ’em).”

“I Get the Bag” was a single on Gucci Mane’s 13th studio album, released in August 2017. Migos teamed up with Gucci Mane on this chart-topping hit. TakeOff steals the show with the first verse of the song.

“Back ends I count in my sleep, on fleek. Hundred K spent on a Patek Phillippe (Phillippe). B–ch, I’m a dog, eat my treat (Hrr). Hop out the frog and leap (Leap). I put them bricks in the fender. My b–ch, she walk around like she Kris Jenner (Kris Jenner). I used to break in and enter. Then Takeoff runnin’ like the game of temple (Whew). It’s simple, I play with her mental.”

“Casper” was on the album “The Last Rocket.” A clever analogy is used by Takeoff in “Casper,” comparing his car, a ghost, and his rap skills. The term “wraith” refers to a ghostly or frightening image of a deceased person, especially seen shortly before or after their death. In another example of Takeoff’s skill and lyricism, he demonstrates that the last thing an opposing rapper sees is his car, which represents his lyricism and ability.

“I’m turnin’ the page on ni–as (Turnin’). I waited days, remember? (Waited). Been had that fame on the side of my hood. Swear it couldn’t change a ni–a (How?). You ni–as are slow (Slow). I can beat you runnin’ backwards (Backwards). The way I ghost, ride the Wraith. Thought you would’ve seen Casper (Where). No, I ain’t gon’ hide the K.’Cause I know I’m who they after (F–in’ bastard). How much you charge a feature? Extra twenty if you askin’, gotta tax ’em.”

“LA Leakers Freestyle #111,” featuring Migos, a freestyle that appeared on the Power 106 radio show in June 2021. Upon the release of “Culture III,” they rapped over an original track and earned hundreds of thousands of views on Power 106 Los Angeles’ YouTube channel just hours after it was uploaded.

“A million twenties and fifties and hundreds sittin’ on the floor, look how I swim in it. Don’t wanna get popped, don’t open your top. You better move militant. They talkin’ about COVID, when I heard the news, I started sippin’ the remedy. If I gotta an opp and you say you my brother, then they better be your enemy.”

“Call Casting” was track three on the illustrious “Culture” studio album released in January 2017. This song was produced by Buddah Bless, who was also responsible for 2 Chainz’s “Big Amount.” It was released as the second official single off Migos’ Culture album, following “Bad and Boujee.” TakeOff offers one of the most iconic verses of his career on one of the biggest tracks offered by the Migos.