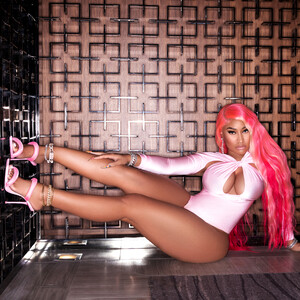 It’s safe to say that Nicki Minaj’s “Super Freaky Girl” is a hit. Debuting last week at No. 1 on the Billboard Hot 100, Minaj’s single has become the most-streamed and highest-selling song in the country. The hit single notched the biggest digital sales week of any track this year.  “Super Freaky Girl” is the first hip-hop single to debut at the top of the Hot 100 since Lauryn Hill’s 1998 hit single “Doo Wop (That Thing)” from Hill’s only solo album “The Miseducation of Lauryn Hill” which also sat atop the U.S. Billboard 200 Chart.

Minaj’s “Super Freaky Girl” was originally titled “Freaky Girl” but after running into supposed legal trouble, Minaj went to social media to ask her fans, or as people call them, her “barbiez” or “barbz” to help her with a title change, giving them the opportunity to vote on it with the options of “Nick James,” ”He Want a Freaky Girl” and “Super Freaky Girl.” Minaj took to Instagram to announce the title change and thank her barbz for over 200,000 votes. Minaj wrote on Instagram, “Thank you for your over 200K votes but we could not legally use the name freak or freaky girl. You’re stuck with this. Love you.”

The hit single is produced by Dr. Luke, Malibu Babie, Vaughn Oliver and Aaron Joseph. Dr. Luke has had a run of hits when it comes to producing, having credits on recent hit songs like Tyga and Doja Cat’s “Freaky Deaky,” Latto’s “Big Energy” and “Big Energy” remix, Saweetie’s “Best Friend” and now with Minaj’s “Super Freaky Girl.”

This is not Luke’s first time to work with Minaj: he was behind Doja Cat’s 2020 track “Say So,” which features Minaj on the remix and debuted at No. 6 on the Hot 100.  Dr. Luke is also involved in Nicki’s new live radio show on the Amp app from Amazon.

“Super Freaky Girl” includes samples from Rick James’s 1981 single “Super Freak” from the album “Street Songs” and Minaj’s 2013 song “B.A.B. (Remix).” James’s “Super Freak” features background vocals from fellow Motown label vocal group The Temptations. James’ hit would end up being his biggest pop success, peaking at No. 16 on the Billboard Hot 100 and being nominated for a Grammy Award for Best Rock Vocal Performance in 1982. The song would gain a wider audience from MC Hammer’s sampling of the track in his 1990 hit single, “U Can’t Touch This.”

Minaj gave more than just the single to fans, providing them with two additional tracks “Super Freaky Girl (Roman Remix),” featuring the artists alter ego “Roman,” as well as the a cappella version of the song.