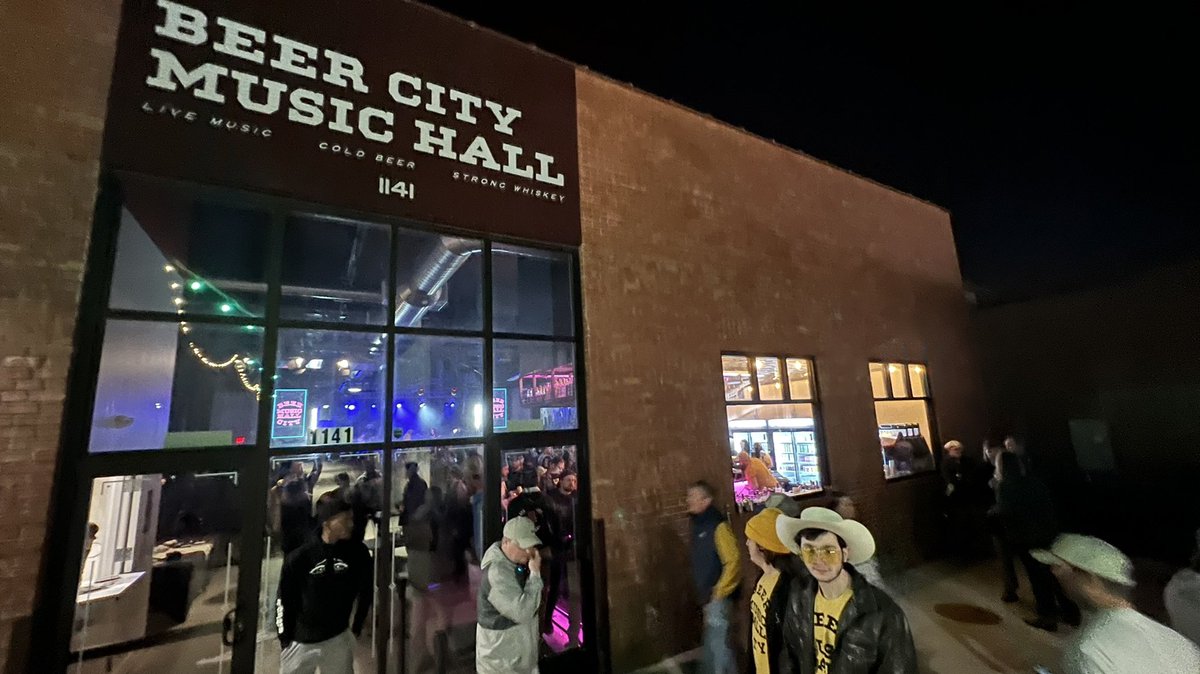 Chad Whitehead noticed a gap in the Oklahoma City music market; a 500-person capacity room with a level floor and a great stage. This is where the idea for Beer City Music Hall was born.

Construction of Beer City Music Hall, 1141 NW Second Street, started in September 2021, with the first show held there in secret featuring several local bands and the first official show staged April 1. Whitehead, Tyler and Jabee drew inspiration for its name from a ghost town in the panhandle of Oklahoma that, before statehood, was a destination for drinks, dancing and good times.

Whitehead said that this was the inspiration and that the room still holds the same beliefs of providing a great place to go and grab a drink with friends, to dance, and to have fun with live music.

He said that the biggest difference between Beer City and other venues is that the same team who operates the Tower Theatre is the same team that operates both Ponyboy and Beer City, and in keeping the same team for all three, Whitehead said he hoped that he would be able to take good care of artists, no matter the level of stage they’re playing.

Most artists locally would start at Ponyboy, the smallest of the three rooms, work their way up to Beer City and, finally, to Tower Theatre. Whitehead said that the progression is about economics as well as respect for the artist and the crowd, with the idea of the optimal-sized room being the goal for each artist that plays at any of the three venues.

“We’re excited for UCO students to come out and see a show, and the venue is all ages as well,” Whitehead said.

The next two shows at Beer City Music Hall will be today with comedian Carlos Ballarta and Pinegrove on Friday.