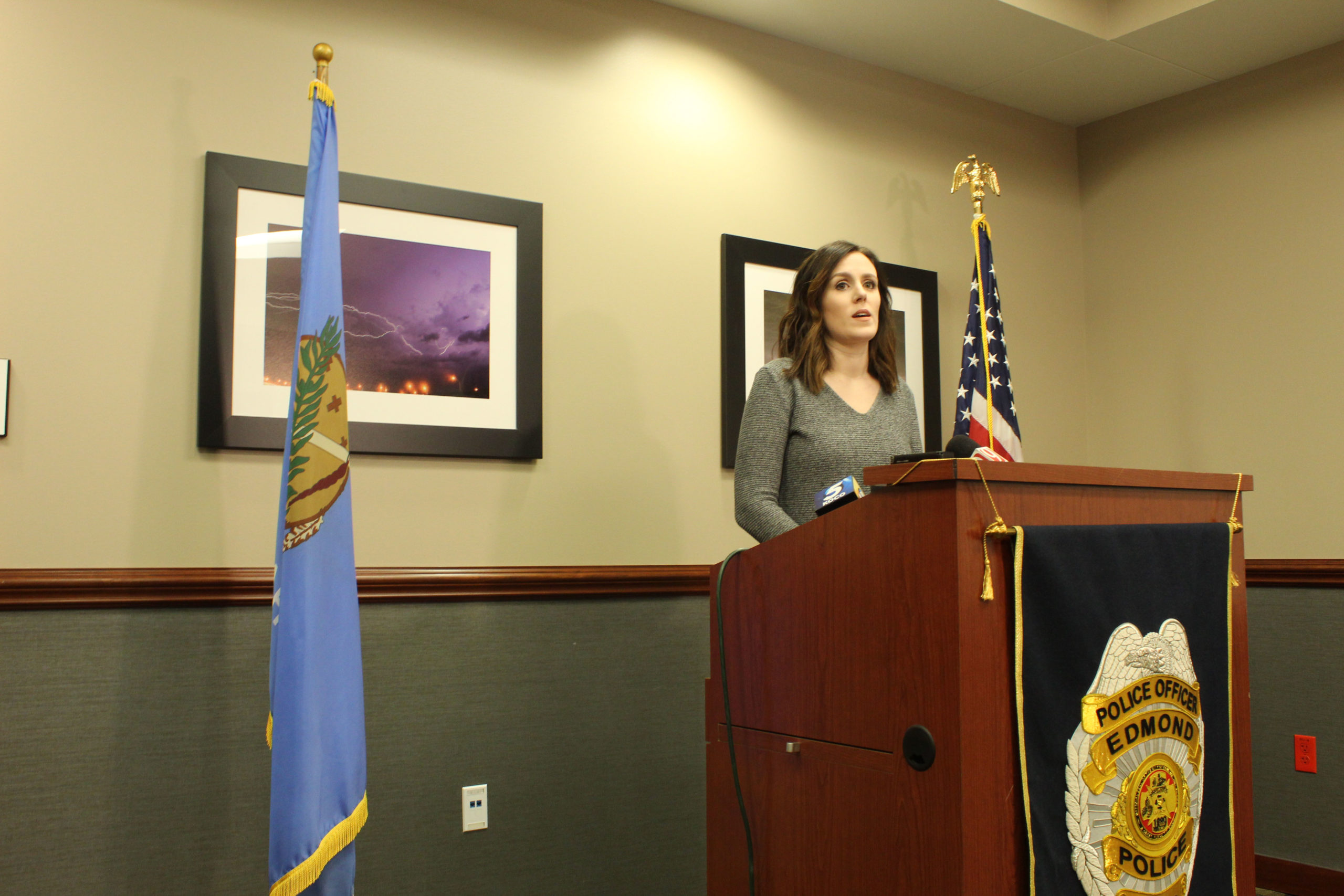 Police were dispatched to a home invasion just after 2 a.m. Wednesday in response to a report of a home invasion, according to Edmond Police Public Relations specialist Emily Ward at an 11 a.m. press conference.

Ward had earlier provided a copy of the police report which indicated the incident occurred in the 200 block of East Ayers Street, which is near the University of Central Oklahoma campus.

According to Ward, the 20-year-old victim said he was asleep in his bedroom when at least two, or possibly three, what he believes to be African American males kicked in his front door, entered the residence, placed a pillow over his head and began rummaging through his room.

The victim said he struggled the entire time and was struck in the face with a gun at one point when the pillow fell off, Ward said.

“He continued to struggle after they placed something else over his head, until they all three ran out of the house,” Ward said.

According to Ward, the victim said he ran to the front of the house in time to see a white four door vehicle leave his driveway. The suspects left with approximately $80 in cash.

Ward confirmed that police stopped a similar vehicle in the same area for no tail lights around the time of the incident, but it is not known whether the vehicle was connected to the home invasion.

The victim waited about 20 minutes to contact police, which Ward indicated could have hindered apprehending the suspects if they were the same as in the traffic stop.

The victim had injuries to his face and was transported to the hospital by his parents, Ward said.

Ward emphasized that victims should call the police immediately when any kind of crime occurs, especially something violent.

“At this time, we are still investigating all leads, but we don’t have any suspects,” Ward said.

Ward said that if anyone in the public has information about the incident they can call the Edmond Police Department.

Ward also confirmed that Edmond Police were dispatched to a similar incident early Tuesday, but said that it did not occur near the University of Central Oklahoma, and there is no evidence of a connection to the Wednesday incident.