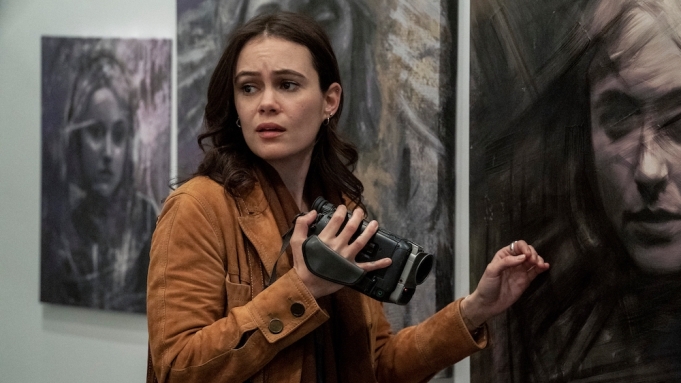 Nestled between “Ozark” and “Too Hot To Handle” on Netflix’s Top 10 in the U.S. today is the parapsychological thriller mini-series, “Archive 81.” The show is bound to make viewers question whether to binge it because it’s actually good or because it’s so bad, it’s good.

Based on a real podcast of the same name, the series takes place in modern-day New York City. Dan Turner, played by Mamoudou Athie, works quietly as an archivist, fixing damaged videotapes and cassettes. After being approached by a businessman with a sketchy fortune, Turner is offered a small $100,000 to restore videotapes he must keep confidential. If the massive lump sum isn’t enough of a red flag, consider the isolated compound he must work out of until he finishes the job or the demonic cult he runs into when watching the footage.

During Turner’s innocent attempt at following the rules and fixing the tapes, he is quickly drawn into the life of Melody Pendras, a doctoral candidate, researching the Visser Apartment Building for her oral history project. It is quickly noted that the apartment building is full of bizarre people and an even more bizarre history.

Although the split between modern-day and the recovered footage from the 1990s makes for a good twist on “The Blair Witch Project” style of filmmaking, the pace of the overall show is agonizingly slow. Viewers are also simultaneously hit with a bundle of plot points and miscellaneous information that take forever to put two and two together. But, for what it lacks in pace, it eventually makes up with an interesting plot and convincing performances. Evan Jonigkeit, plays Samuel as such an insufferable character that it would be hard to see him otherwise in any future roles he chooses.

Produced by Atomic Monster Productions, known for “Annabelle” and “The Conjuring” among many other popular horror films, “Archive 81” is less about jump scares and more about the lingering feeling of anxiety. This is thanks, in part, to the continuous and intensifying humming noise of the cult that pulls viewers in just enough to catch them at their weakest moment. Don’t worry though: the overly drawn-out episodes will give you plenty of time for your heart rate to rest.

Regardless of the paranormal occurrences Turner later faces, half of his psychological distress must come from the fact that he never turns on a light during his stay at the compound. The paranormal does not exist when the lights are on, remember? Despite my personal taste that refuses to align with the hyper-modern decor and cool tones, the set designers and cinematographer created a world of uneasiness that any horror fan would appreciate.

Although Season 2 is not confirmed yet, viewers are bound to beg for it, as the ending left many ends untied and was overall unsatisfying. While there is another world in this series to explore, it is far from the otherworldly experience I was expecting.