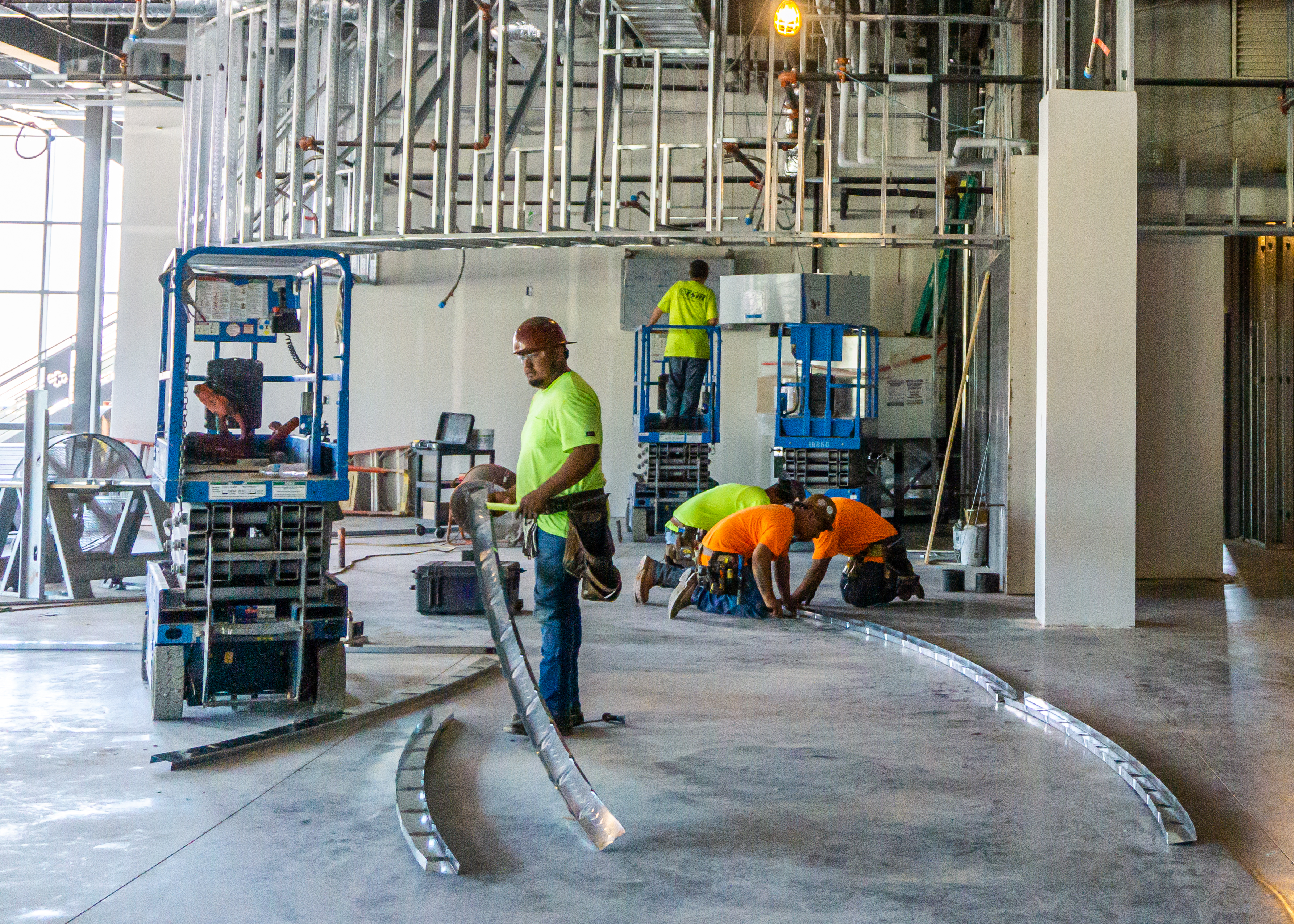 An Update on Bausher Place Construction

Work on the University of Central Oklahoma’s newest dining hall is nearing its final stages and is expected to be completed by the start of the spring semester.

The still unnamed dining facility takes up most of the first floor of the new 50,000-square-foot building, Bausher Place, and will replace Buddy’s Cafeteria, which will be torn down soon after the facility’s opening.

“Buddy’s is going away [and] is going to become a green area,” said Scott Monetti, director of Housing and Dining. “Buddy’s is an old building and really limiting to what we can do with it; it’s from the 1960s. The new building’s going to give us a lot more opportunities to provide food for students that they want.”

Bausher Place is named after Winifred Bausher, the residential dining director of UCO’s first dining hall, which was in the basement of Murdaugh Hall. She worked at UCO from 1937 to 1942 as a cateress, dining room superintendent manager and dietician, according to university and Vista archives.

The facility is shifting from a cafeteria concept, like Buddy’s, to a food hall-inspired space.

“Cafeterias are on their way out, people don’t like hamburgers that are sitting in a bin; food halls are in. This is to move us from a cafeteria to a food hall,” Monetti said. “People love variety. They just don’t like it to all be cooked by the same person in the same place. It needs to be individualized, more geared toward that specific customer.”

A barbecue smokehouse and pizza oven will anchor the space on either side, with other action stations between the two. The action stations will include a wok and omelette space, carving station, salad bar, breakfast bar, Tex-Mex, homestyle, allergy-reduced and desserts.

“The reason that they call them action stations is because you’ll see a lot more people doing stuff,” Monetti said. “So it’ll be like a carving station where you walk up and get something carved.”

The building will also house a ballroom space that doubles as a best available refuge area and separate retail space on the first floor, as well as offices for Campus Enterprises and Human Resources on the second floor. Multiple Campus Enterprises offices are converging in the space from around campus, including internal accounting, marketing and IT, Housing and Dining and Transportation and Parking Services.

Buddy’s will remain open through the fall semester, with demolition expected within about a month after the new facility opens.

“We should be able to get in it in December, as in people like me will be in it and getting it ready. It’ll be open for food in January 2020,” Monetti said. “If it comes down to what gets done first, we’re going to prioritize the food to make sure that it’s open in January.”

Construction on Bausher Place spurred the closing of Ayers Street between Buddy’s and Hamilton Field House, as well as Lot 41 along the field house lawn. Monetti said that despite losing these spaces, 123 more have been added and more are on the way.

The lost section of Ayers will be turned into a green space and walkway to Bausher Place. It will also be designed with emergency vehicles in mind, so that they can get across campus quickly, if needed.

“The purpose of closing it down is to try to get the traffic away from the pedestrians,” Monetti said. “It gives us an opportunity to make it pretty, but it’s also a safer thing for campus.”