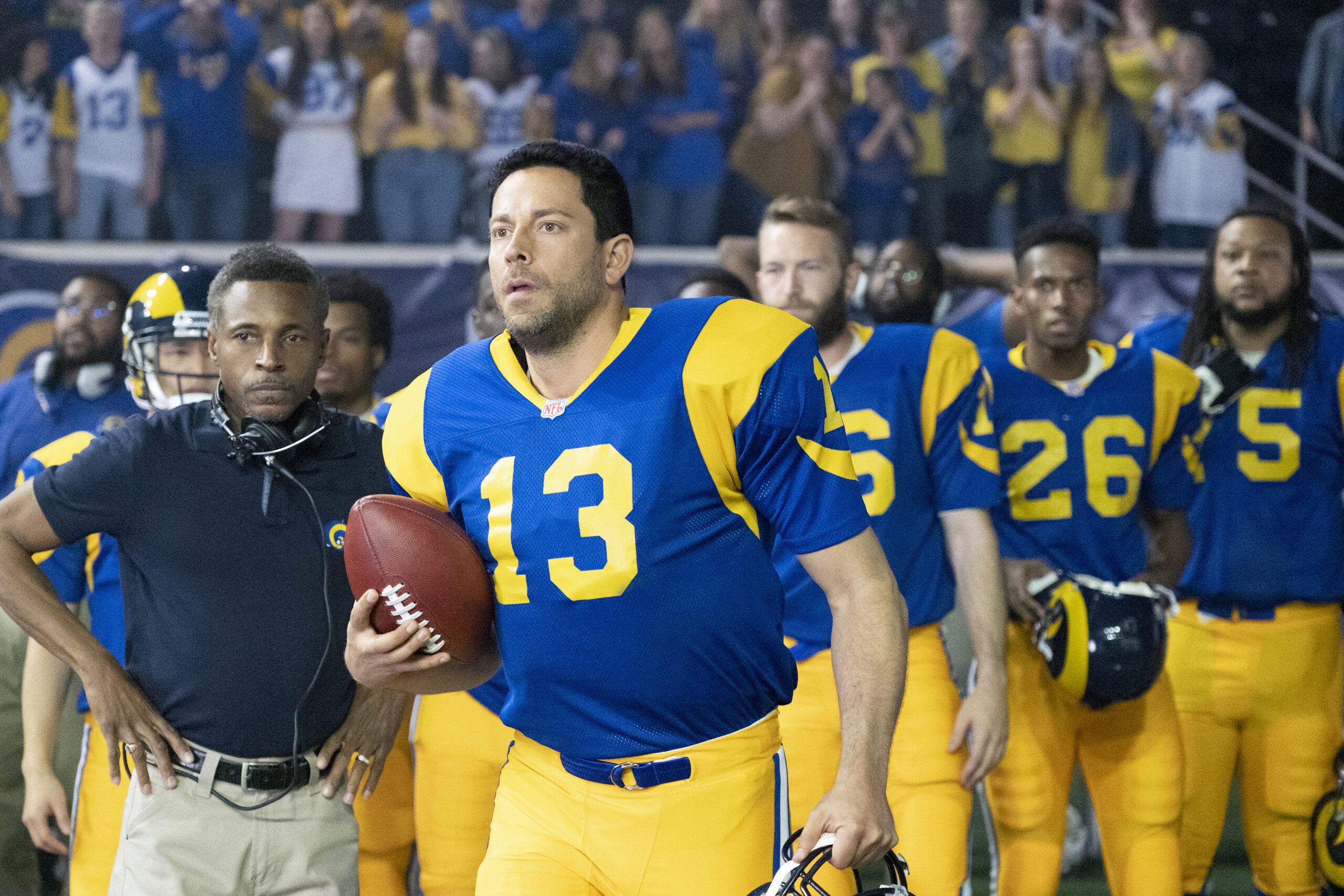 “American Underdog: The Kurt Warner Story” starring Zachary Levi and Anna Paquin is a feel-good story in every sense.

Many people have heard about Kurt Warner defying all the odds and making it to the NFL at 28 years old, but not many know the long and windy road he took to achieve his dream.

At age 28, most professional athletes have been playing for multiple years and are considered veterans, which is why the fact that Warner went from working in a grocery store to playing for the St. Louis Rams is an incredible feat.

Not only did he achieve his dreams of playing in the NFL, but he also won a Super Bowl and was crowned Super Bowl MVP in 2000.

The movie is every bit as good as advertised. The film’s outset shows Warner sitting on the floor watching Joe Montana win a Super Bowl.  This scene sets the stage for the rest of the movie as Warner then goes outside to practice plays in his small hometown of Burlington, Iowa.

From there, the movie follows Warner on a two-hour journey from his career at the University of Northern Iowa, to meeting his future wife Brenda (Anna Paquin) in a bar where the two meet line dancing, and then to his short stint with the Iowa Barnstormers, an arena league football team that Warner uses as a stepping stone to reach his NFL dreams. Hell, there is even a scene where Warner tries out for the Green Bay Packers, a scene shot on UCO’s campus.

This story is not only a feel-good sports story but a story about love and commitment and the trials and tribulations that every couple goes through. This theme makes the film so relatable.

There is nothing more empowering to me than seeing someone bet on themselves and having their situation pan out exactly how they intended.

Warner never let others impact what he knew he could be. However, it might not have worked out for him the first, second, or even third time, but he never gave up.

This type of story resonates with me. It is no secret that I may be one of the oldest students in the Mass Communications department here at UCO. I have had many setbacks in my adult life to where others assumed that I would never attain a college degree. Still, here I am, 32 years old and feeling younger than ever, living out my dreams and writing about sports while making friends along the way, hoping to one day be an exceptional journalist.

That is why it is so imperative never to give up and never let anyone tell you that you cannot achieve your dreams.

So, if you are like me and love a great underdog story, check out ‘American Underdog: The Kurt Warner Story.’ I promise you will not be disappointed.