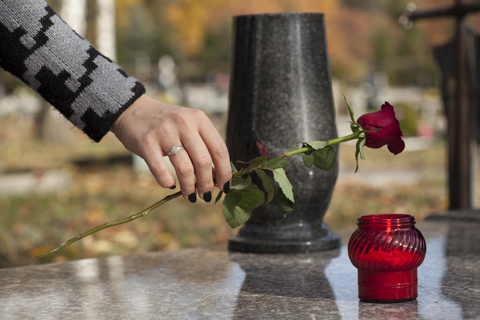 A 2020 study created by Choice Mutual, a national burial agency, found that 44 percent of the people interviewed plan on being cremated when they die, a sharp increase from the 4 percent that planned to do so in 1960.

Cremation costs approximately $6,300 on average, which is only about $1,000 less than a traditional burial. There are other options available, but the least expensive option is donating one’s body to science, which costs nothing.

The University of Central Oklahoma’s funeral services department practitioner in residence, Glenda Stansbury said burial preferences and their popularity depend on the person.

“[It’s] a wide variety of issues,” Stansbury said. “Awareness of ecological impact of earth burial, less interested in tradition or family ties, less tied to the church or religious practices, financial affordability, [or they] just don’t like the idea of being put in a box in the ground.”

The majority of study respondents, 47 percent, said their burial choice was because of religious belief, while about a fourth said their decision was made based on family tradition. Half also said they would want pictures of loved ones buried or processed with them.

“Funeral service has historically been tied to the church and to religious traditions,” Stansbury said. “A great deal of the move to cremation is associated with people who do not wish to have a denominational or religious service and so, by cremating, they have the flexibility to have a service wherever and whenever they want to without the assumption that it has to be religious.”

The article written about the study mentioned new ways to go through the burial process, such as being painted onto a canvas, turned into a coral reef or compressed into a diamond.

“We as a society are very death phobic and truly do not want to face it, talk about it or experience it,” Stansbury said. “So if we can make it different, or cutting edge, or nothing that looks like a casket or an urn, then people are interested.”

At UCO, Stansbury said that as a professor, she teaches her students to understand how grief works.

“Grief is the natural occurrence and reaction to loss and everyone is going to experience it,” Stansbury said. “Unresolved grief can result in massive problems—divorce, substance abuse, hoarding, self-harm. When people are not allowed, or do not allow themselves, the safe space and environment to truly inventory the loss and what it means to them going forward, then those unresolved feelings become triggers.”

She said grief is the most important and vital part of working in the industry.

“I teach my students that the most important thing we do as professionals in deathcare is to understand grief, to get comfortable with grieving people and to offer guidance and wisdom for each person we encounter, to help them understand that this is a normal and necessary path and that they will survive,” Stansbury said.