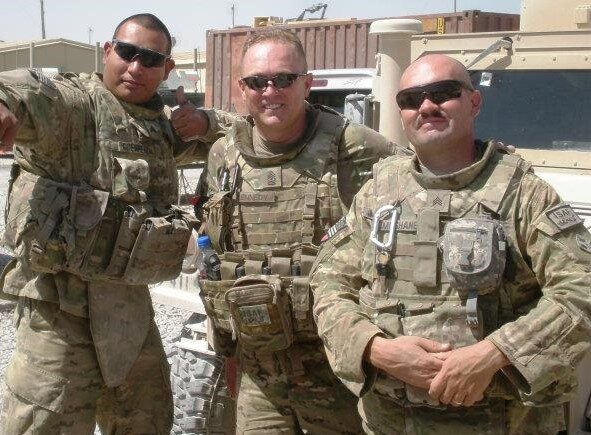 Afghanistan veteran gets call for help

Tom McShane, Iraq and Afghanistan Veteran and Veterans Retention Coach at UCO, spoke to The Vista about the work he’s doing to evacuate his interpreter from Afghanistan.

According to McShane, his interpreter contacted him via Facebook messenger about a month ago, asking about getting paperwork together for a visa.

“I am currently working to help out an interpreter of mine to get a Special Immigrant Visa to get out since he is in danger from the Taliban,” McShane said.

According to McShane, the Taliban knows the interpreter has worked with the U.S. military.

The interpreter is currently living in a rented house under another person’s identification. According to Mcshane, he is “doing OK now.”

McShane is writing a letter of recommendation for the interpreter. Though Mcshane is “trying [his] best to get him out,” he mentioned a congressman who worked in marine intelligence in Afghanistan who could not help his own interpreter get out of the country. He also heard about a coworker’s interpreter who was killed a few months ago.

McShane said, “[it is a] bureaucratic mess” trying to get people out because “nobody anticipated this mass exodus.”

McShane emailed Oklahoma representatives asking them to help Afghanistan and the “people who helped us.” He urged civilians to do the same.

McShane also said that the situation was “completely disorganized,” mentioning “we’ve [U.S. Military] been there since 2003.”

The Vista had an email interview with the Student Socialist League at UCO.

“The correct next steps would be to allow the Afghan people their right to self-determination and the ability to create their own alternative to theocratic serfdom,” a Student Socialist League spokesperson stated.

With the amount of instability and warring factions, the country is going to take a long time to stabilize without outside help, McShane said.

“[i]t’s frustrating; anybody who’s been over there in the military will see it as a sign of the process,” McShane said. “[The process of] how the political powers that be deal with war.”

“It’s never as easy as you think it’ll be,” he said, calling the news a disappointing surprise.

According to McShane, most of the people he’s talked to said, “Yeah, figured that’s what was gonna happen anyway.”

McShane said, “it’s tough for everybody … we go over there, do our jobs, try to do our best, and hope that [we] have a good outcome, but war is war and sometimes things don’t work out the way you want them to.”

McShane, responding to the executive decisions, said, “they’re playing politics instead of helping the people that need to be helped.”

SSL stated: “Our hearts go out to all of the people of Afghanistan and the countless families and friends who have lost loved ones to this senseless war.