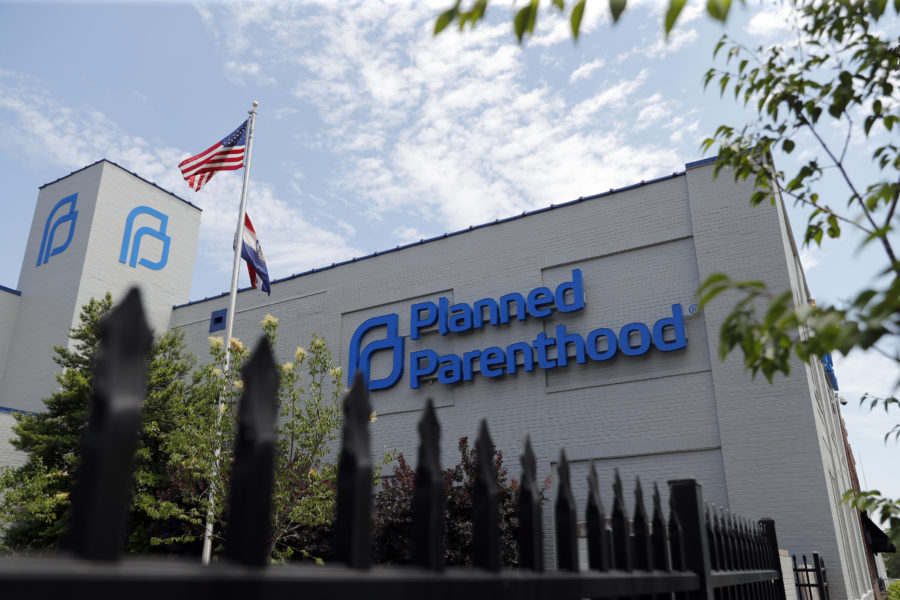 Abortion in Oklahoma – The Push to Abolish, the State of Access and the Demand for Reproductive Justice

Alabama and other states’ recent passing of strict anti-abortion legislation has thrust the issue back into the political spotlight.

Oklahoma lawmakers and reproductive rights groups are working to limit or increase access based on where they stand on the issue.

Oklahoma currently has three surgical abortion centers, compared to 18 in 1982. The three open today are located in Oklahoma City, Norman and Tulsa.

Trust Women Foundation’s South Wind Women’s Center in Oklahoma City opened in 2016. The process for becoming a licensed facility in Oklahoma was lengthy, according to Katie Knutter, advocacy director for Trust Women.

“Oklahoma City had actually lost their only abortion provider and at that time we decided ‘OK, then that is a a place we can go and provide care,’” Knutter said. “So we started the process of opening this clinic, which we ultimately started seeing patients in September 2016, but that process took over two years.”

Regulations exist for nearly every physical aspect of the building for abortion providers in Oklahoma. Laws also dictate specific signs that must hang inside facilities.

“They have passed a lot of facility requirements in the state, which is typically what are known as TRAP laws, which are Targeted Regulations for Abortion Providers,” Knutter said.

These laws prohibit more clinics from opening, further decreasing access. Obstacles extend beyond physical center regulations to the process and the women involved.

Staff members are given state-mandated scripts that must be read to patients. These statements contain information including risks involved with the procedures and those associated with giving birth.

This list of risks is created by the state according to its own guidelines.

“This past year we saw a bill passed that requires doctors to tell women they can reverse a medication abortion by taking a type of hormone, and it’s just not true,” said Danielle Williams, executive director of the Oklahoma Call for Reproductive Justice.

In Oklahoma, women must wait 72 hours between speaking to a provider and having an abortion. Abortions 21 weeks and six days after a woman’s last menstrual cycle are illegal.

There are numerous other laws that limit abortions and dictate who must be involved in the decision, according to Knutter.

“Abortion is already highly restricted here,” Knutter said. “They really have passed almost everything that they can legally pass at this time.”

Oklahoma did not join the nine states with heartbeat bans limiting procedures after six weeks. However, recent years have seen other attempts at legislation against abortion procedures.

“The most disturbing of all of that are some bills in the last few years that we’ve seen that would criminalize, not just doctors or providers, but women,” Williams said. “There have been some proposals to call abortion first-degree murder, which in the state of Oklahoma, of course, is eligible for the death penalty.”

Senate Bills 13 and 195 were among 11 restrictive measures introduced in the 2019 legislative session. Both sought to outlaw abortion completely.

SB13 is the total abortion ban that sought to criminalize abortion, classifying it as a homicide. Neither bill had language to offer concessions for rape or incest. However, SB195 did offer a concession for the life of the mother in specific circumstances.

“The most effective and worst attack so far on abortion access is just misinformation,” Williams said.

The OCRJ works to provide Oklahomans with comprehensive, factual information regarding reproductive health and choices. One way the organization does this is through their ‘How to Get an Abortion in Oklahoma’ Zine, a free guide with information and resources that is updated annually.

In providing education, Williams said that she isn’t looking to alter anyone’s mindset, deny their personal feelings or change their beliefs on the topic of abortion. OCRJ advocates for access and  the right of others to choose.

Several states have passed legislation designed to take effect in the event that Roe v. Wade is overturned. These laws would outlaw abortion should a new ruling return the decision to the states.

Trust Women functions in both a healthcare and political action committee role. Knutter said the organization is dedicated to fighting for the rights of those it is serving.

“If abortion was illegal, people are going to be put into very unsafe situations, so that’s why we need access to safe legal abortion,” Knutter said. “People can just start to talk about that, make it a little bit less taboo.”

A total ban would mean the center having to determine how to continue providing its numerous other services, according to Knutter.

Trust Women provides a variety of care for women, including gynecological services and access to birth control. However, their impact on the community extends to others as well.

“Our biggest, kind of, second patient population that we see are transgender patients who are coming to us mainly for hormone therapy to help them transition,” Knutter said. “So we typically have a whole second day a week that we just see transgender patients and sometimes two days a week, just depending on the schedule.”