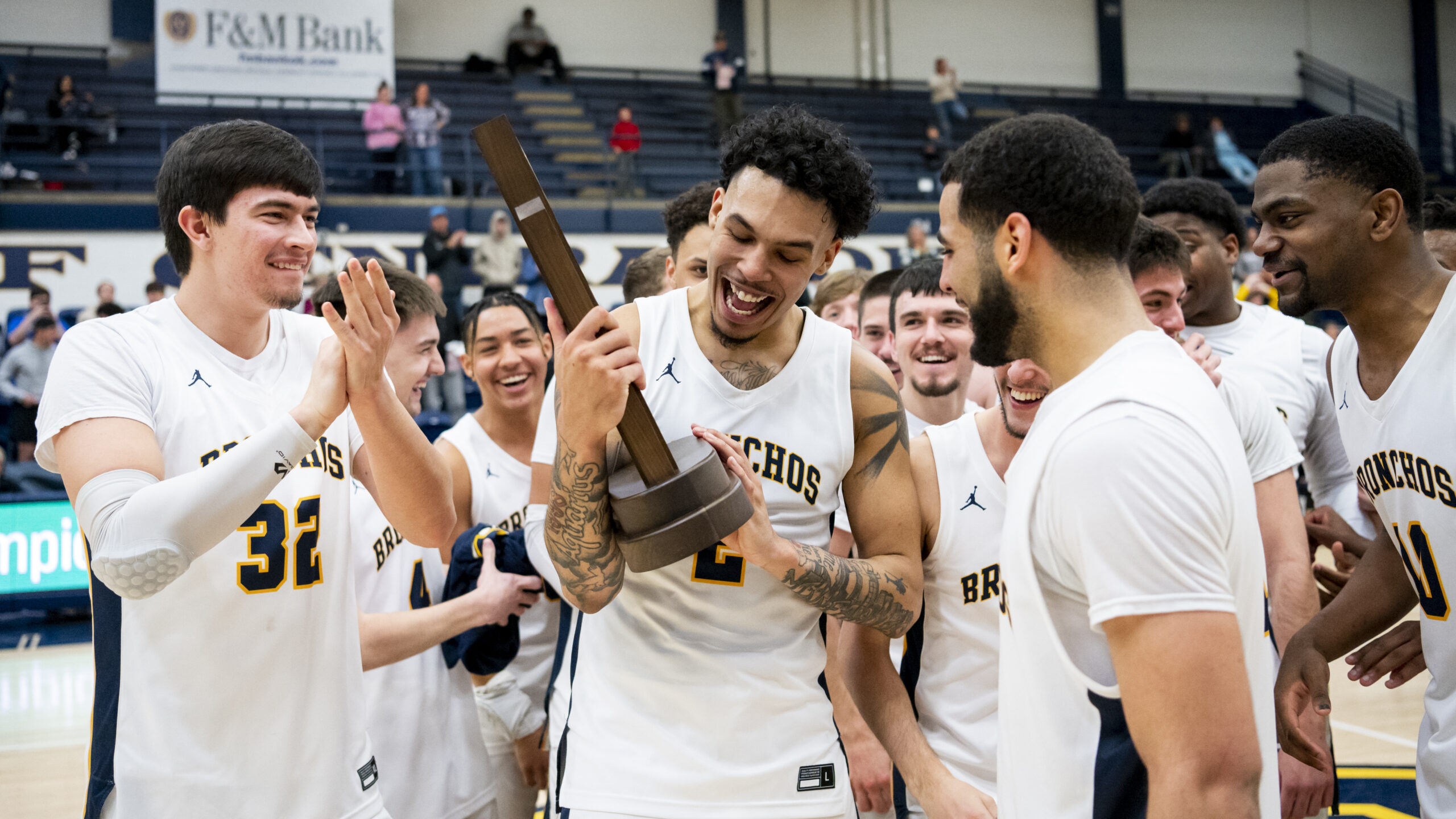 A successful week for spring sports

Women’s basketball fell to Missouri Southern 71-68. The Lions hit a three-point shot with 3.0 seconds left in the final quarter, overtaking the Bronchos home finale. The women’s team finished the regular season with a 16-12 overall record and a 12-10 record in the MIAA. Going into the postseason, the Bronchos are set to play Emporia State next week.

Men’s basketball defeated Missouri Southern 95-76 and became MIAA Champions for the first time since joining the league 10 years ago. Read pages one and three for more details.

The Bronchos, ranked No. 3 in the country, opened the 2022 ITA Division II Women’s Tennis Indoor National Championship with a 4-0 win over Columbus State on Saturday at Edmond Center Court.

On Sunday, the Bronchos defeated No. 2 Indianapolis 4-3, advancing to the championship title game yesterday, where the Bronchos fell to Barry.

On Feb. 22, the women’s golf team won the Tunica Cup in Tunica, Miss. with a score of 305 over 36 holes. Susana Olivares took the individual title while Emma Shelley finished fourth and Mika Ramos finished fifth. All three players were named to the all-tournament team.

The Bronchos are set to play March 7-8 at the Diffee Ford-Lincoln Invitational hosted by Southern Nazarene at Lincoln Park East in Oklahoma City.

Ansley Scott qualified for the 400-meter finals with a dashing performance Saturday in the prelims. She finished eighth, timing 57.75 seconds, a personal best and the best time by a Broncho this season. She also ran in the 200-meter race, but failed to qualify for that championship race. On Sunday, she ran the 400 in 56.93 seconds and finished eighth.

Kaleigh Dyas finished 12th on Saturday in the 60-meter dash with a time of 7.74 seconds. She did not advance to the finals.

On Feb. 21, the Bronchos defeated East Central 8-0. The team remains No. 16 in NCAA Division II softball rankings. Today, the Bronchos are set to head to Wichita Falls down in Texas to take on Midwestern State in a doubleheader.